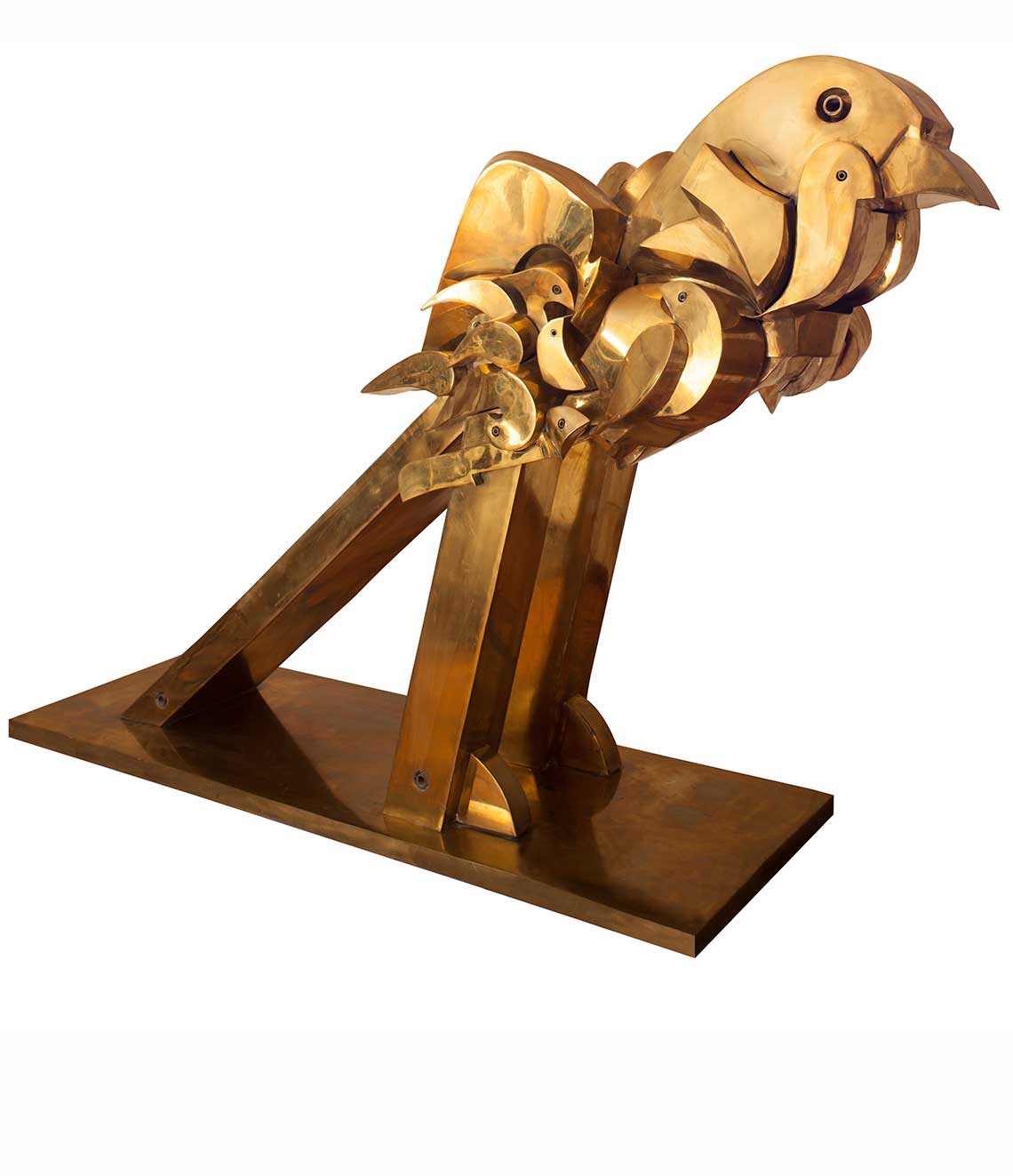 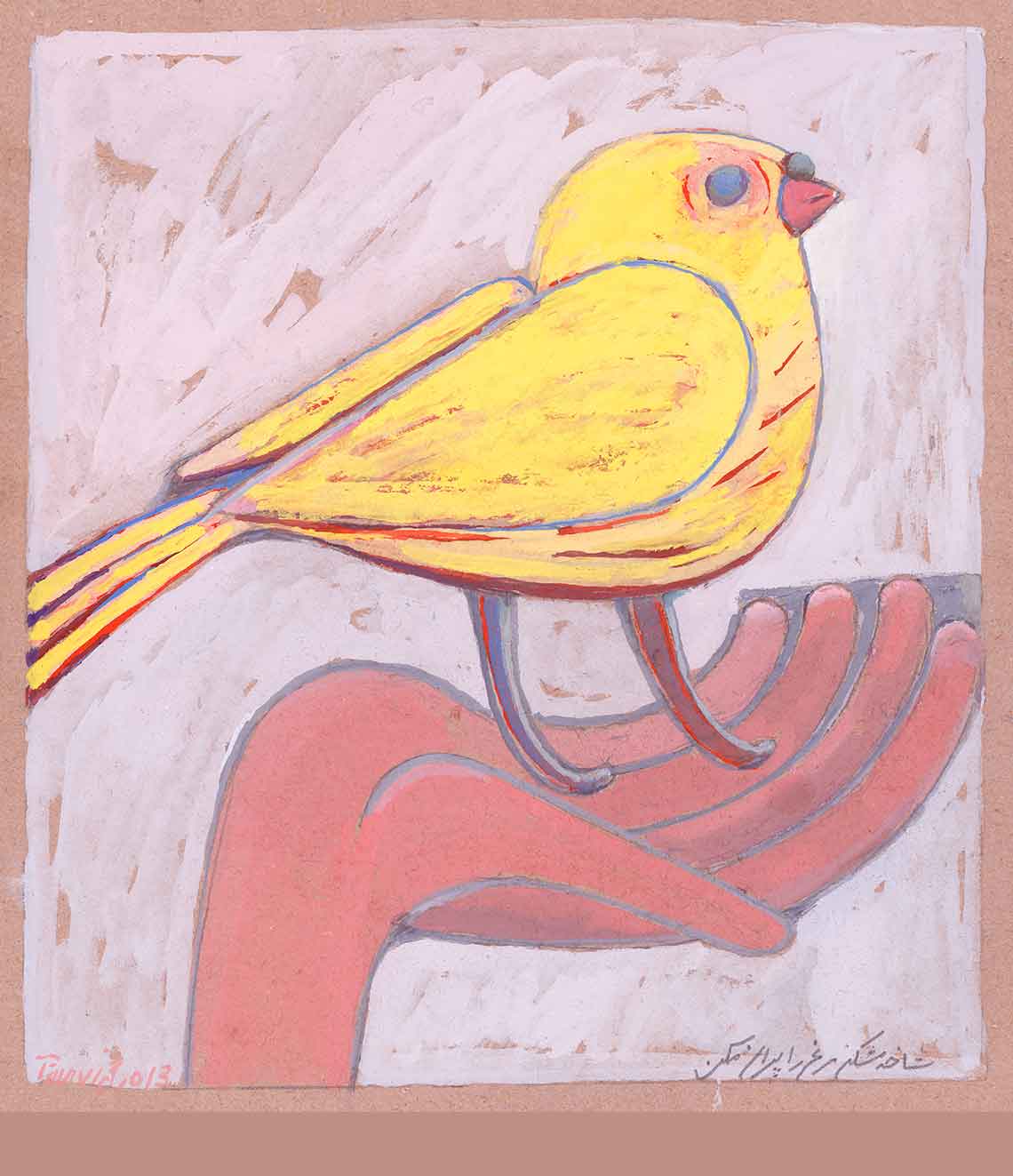 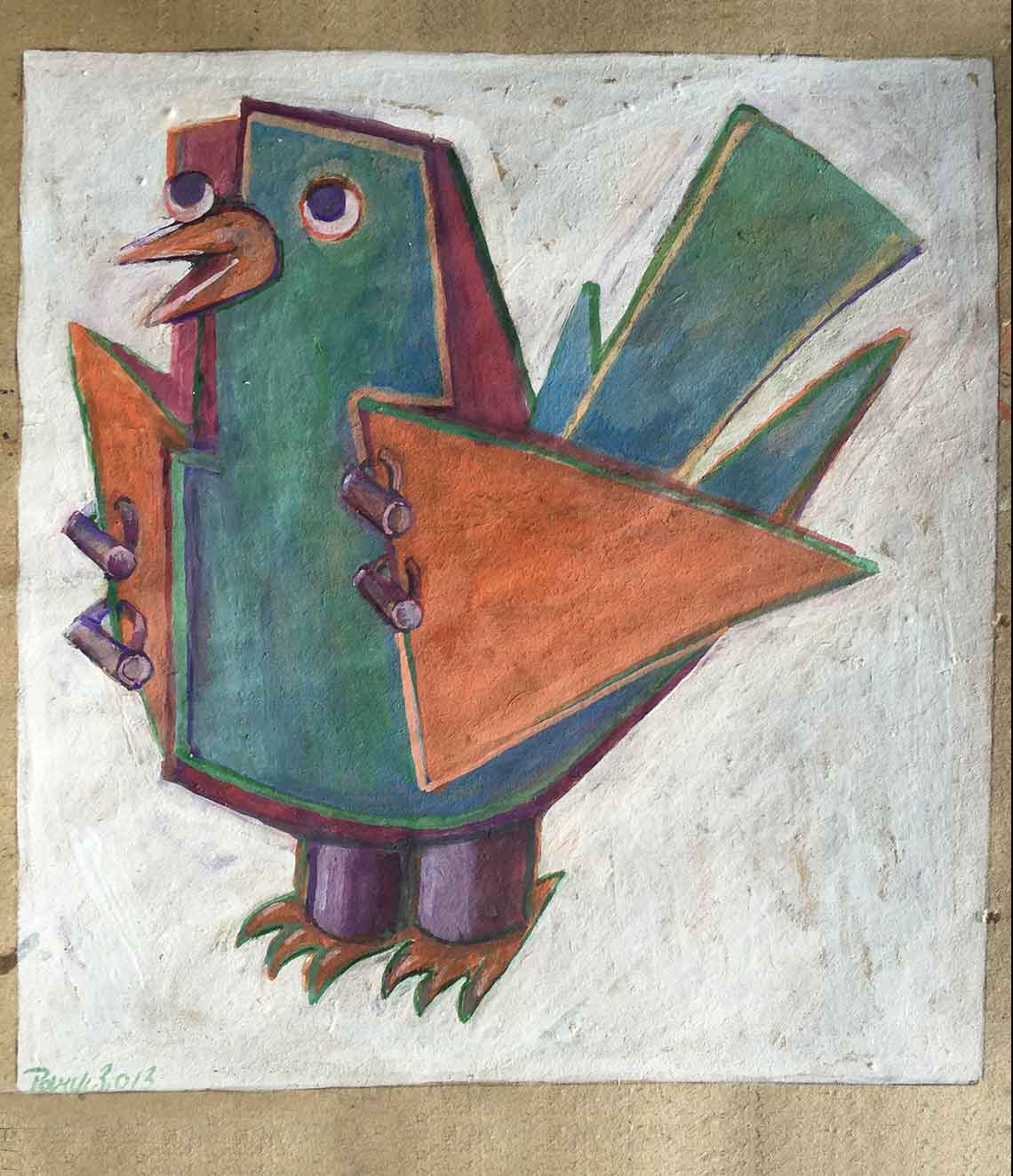 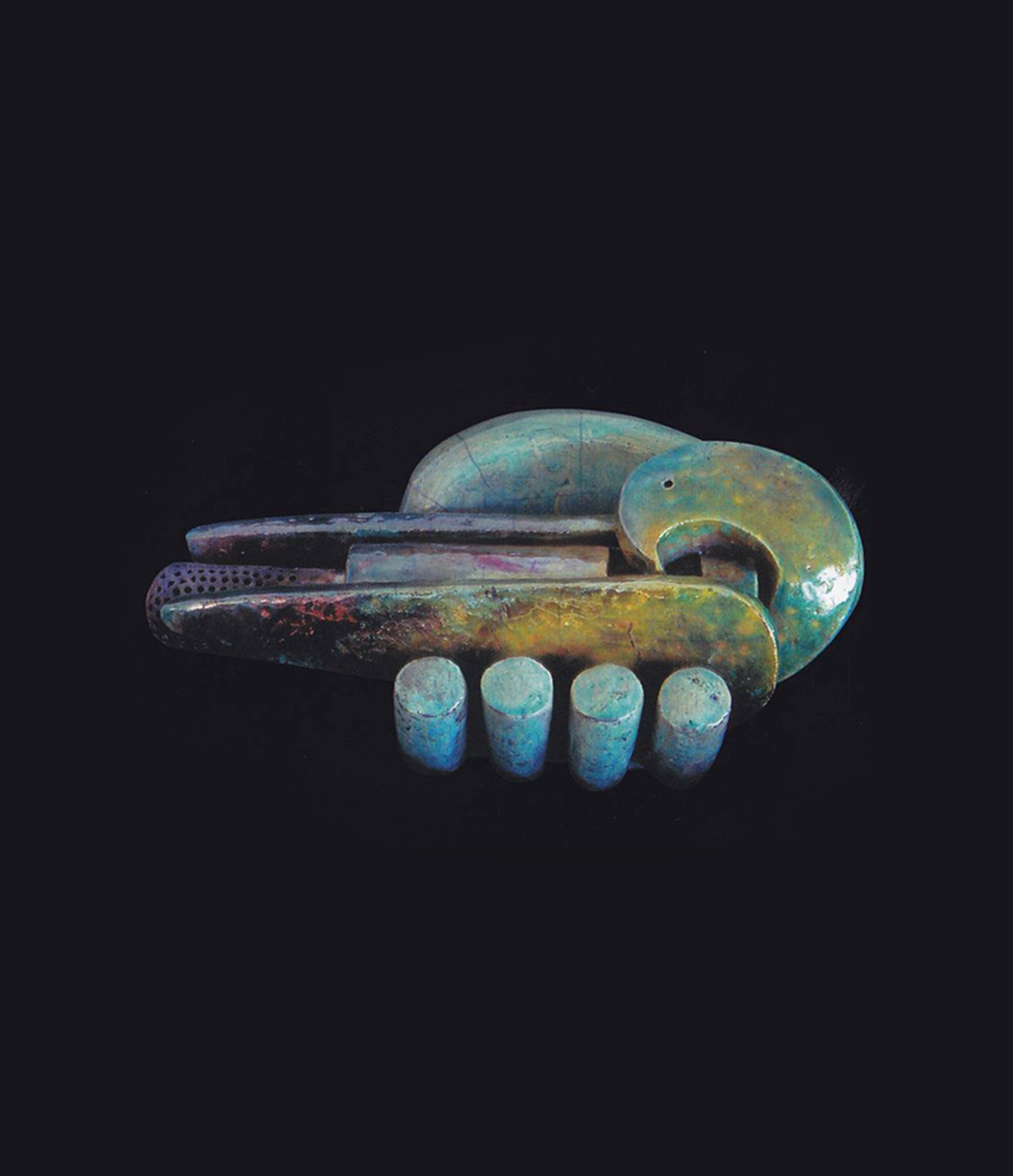 Birds, played an important role in my works, to the extent that in some cases they became part of the anatomy of my work. At the beginning, the bird was often in conjunction with a cage. But gradually it turned into the companion of Farhad and of a poet and was later een with my lovers, walls, and trees.

Previously and in the chapter on the Poet, I have briefly described the love of the nightingale for the rose and its similarities to the life of the poet. Here I should perhaps say a few words on the role of the bird in Iranian art. In seven thousand years of Persian art, if we search for an enduring iconic image we may not find a better one than the image of the bird. From the prehistoric terra-cotta pots, to the latest handmade objects, the bird has been one of the most favorite subjects of artists and artisans. When I was collecting locks and other metal impliments, I noticed that many of them are made into bird shapes; and many others, though they were not made into a bird shape, ended with a bird head or a bird tail.

Why Iranians incorporated the image of the bird into their daily utensils and objects has been an ongoing question in my head. Could it be that the amalgamation of bird shapes with daily objects reduces their terrestrial weight and provides them with a heavenly association? Or could the image of the bird on a pot and on the plate on the shackle of a lock lift them to sky and thus bring this life and the hereafter together? Yet my goals were different: my birds were to accompany my poets or lovers, and though I made fewer in bronze, I executed many in ceramics because of the plasticity and colors of that medium.