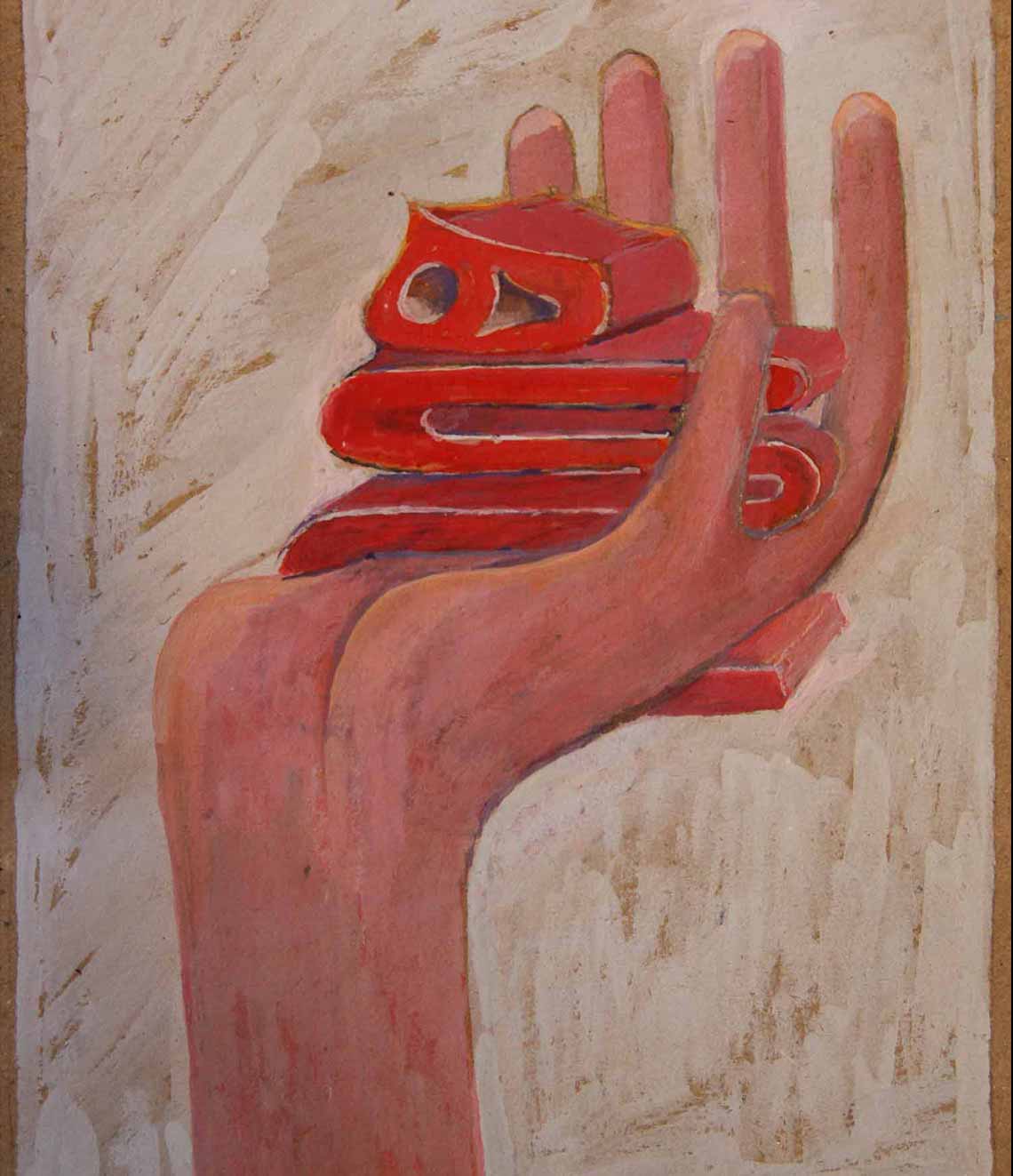 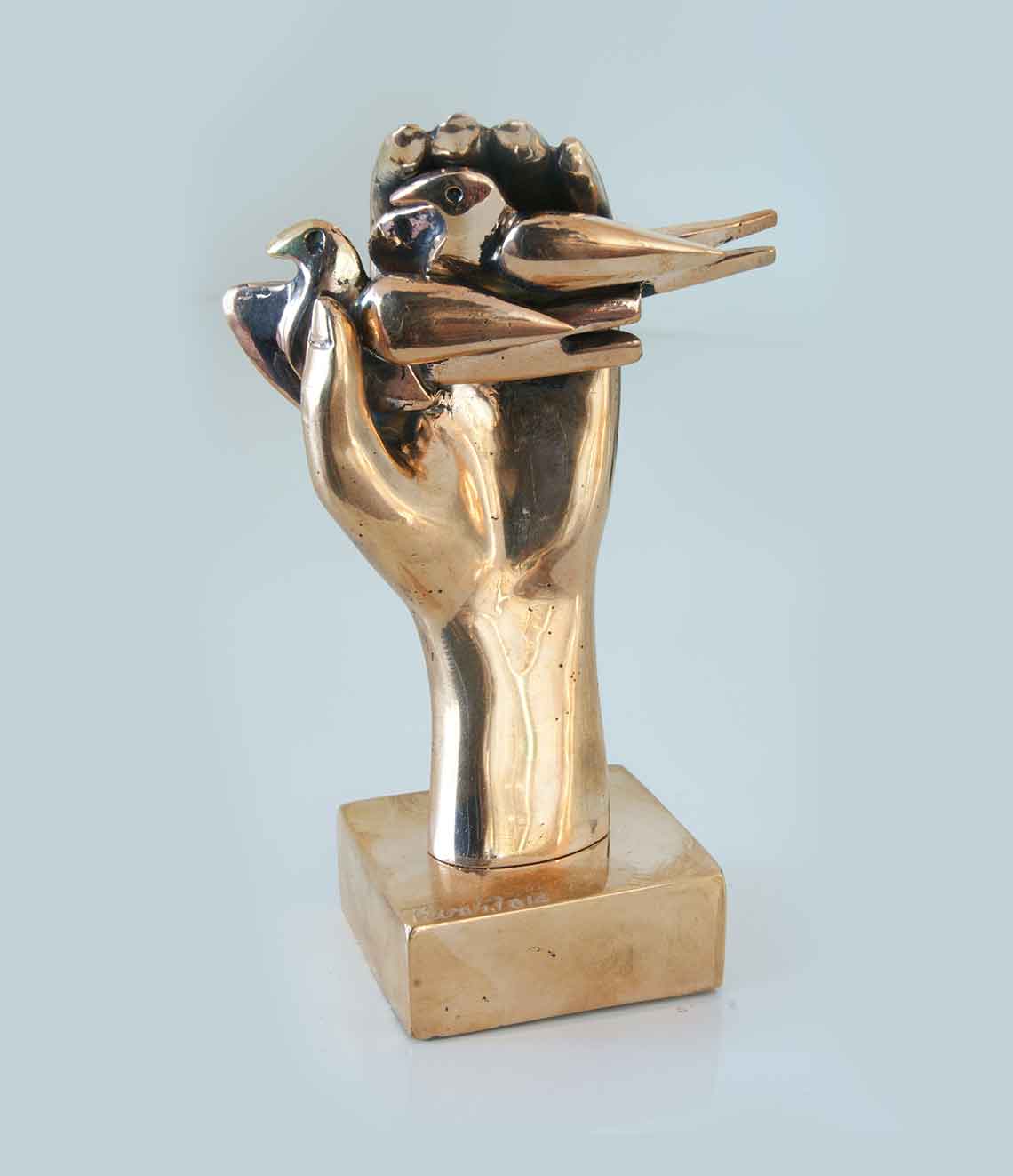 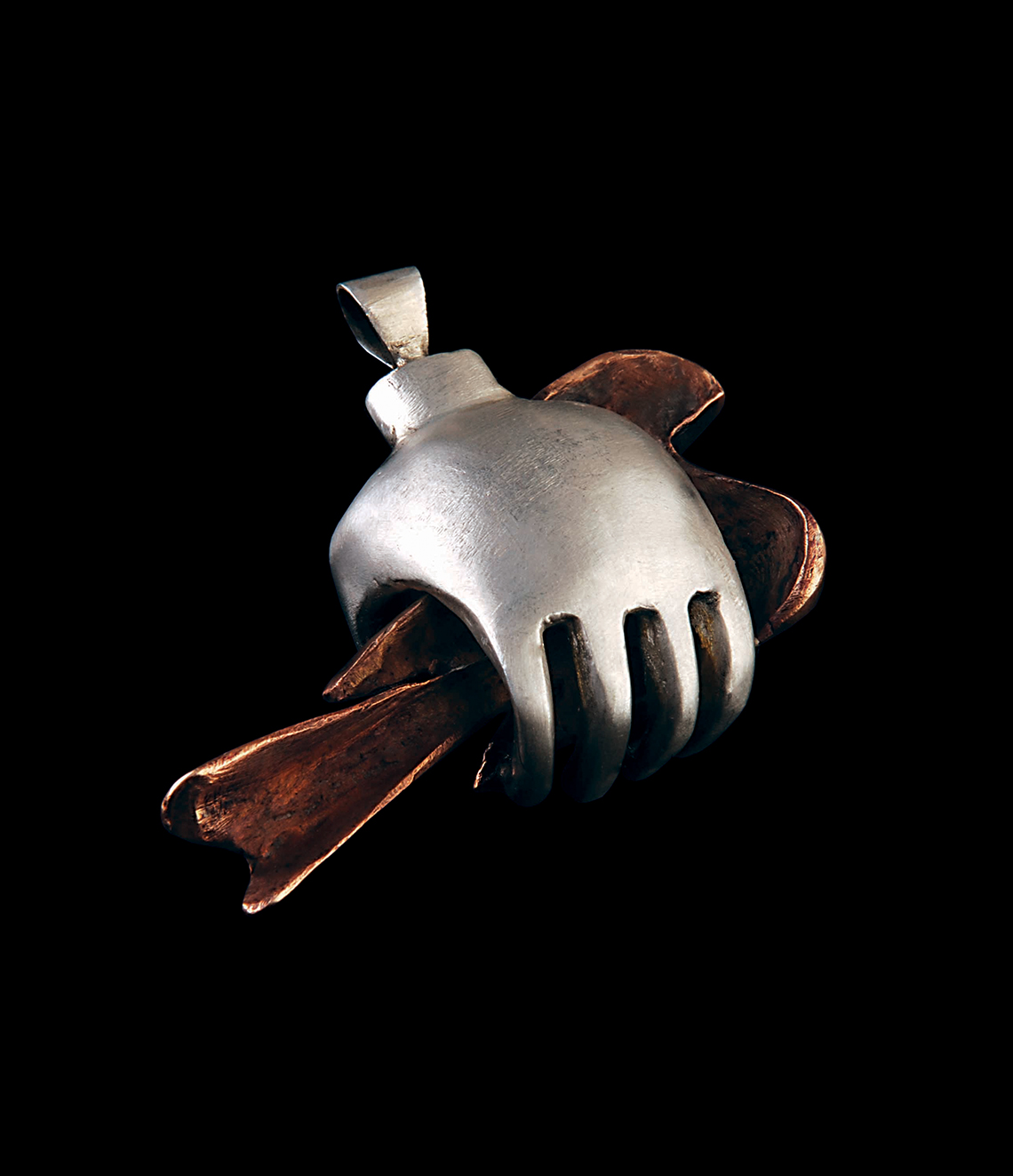 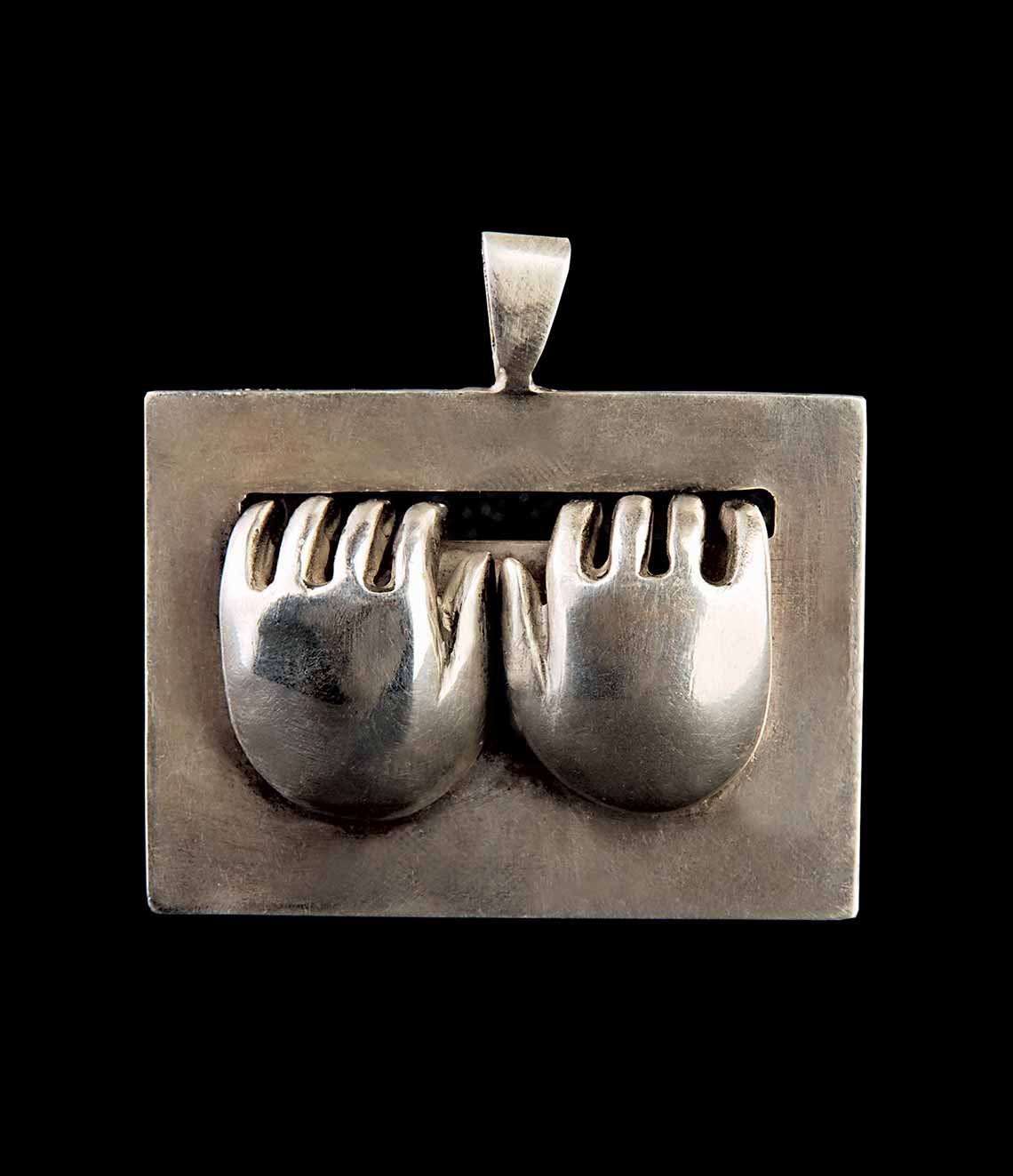 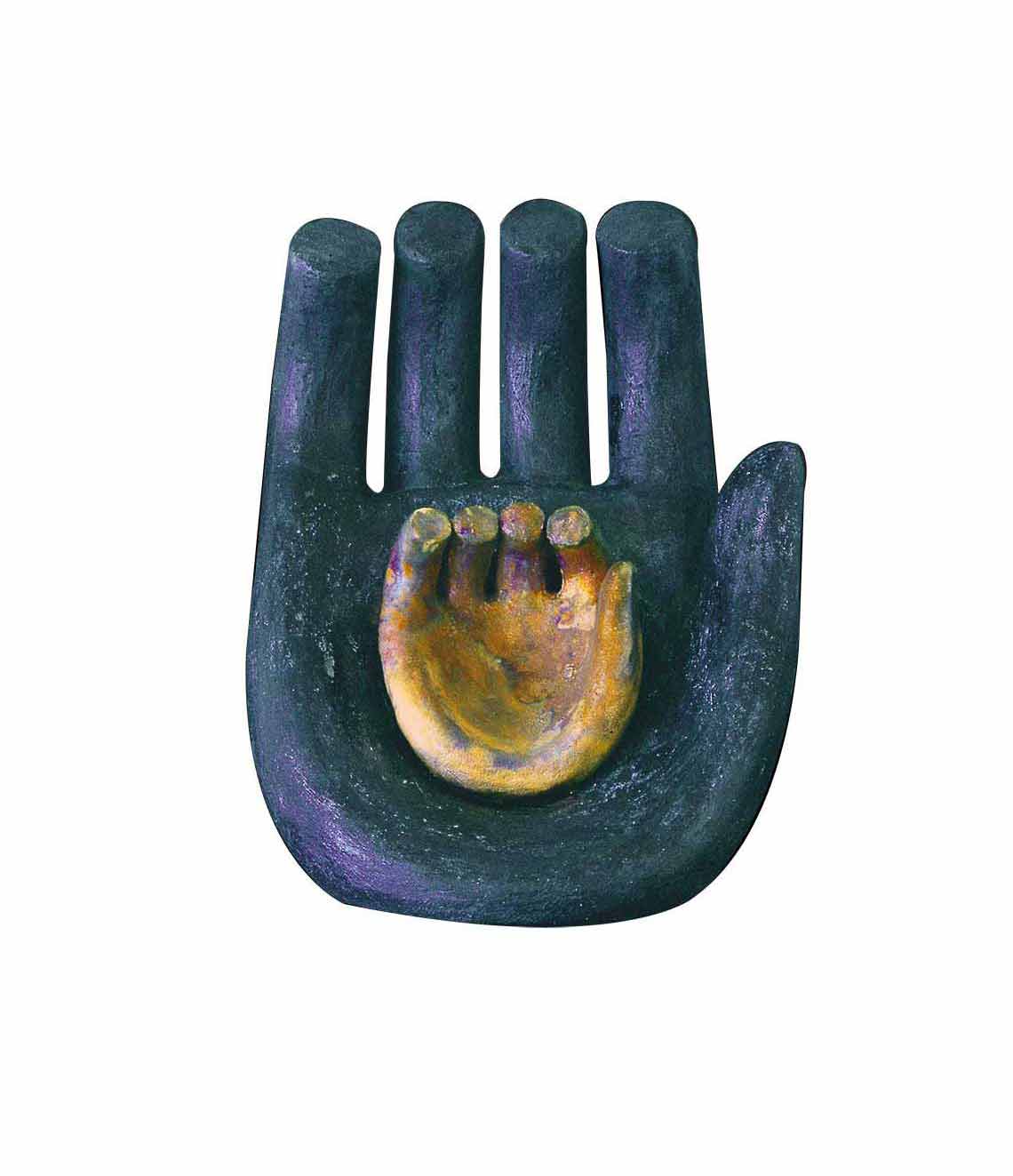 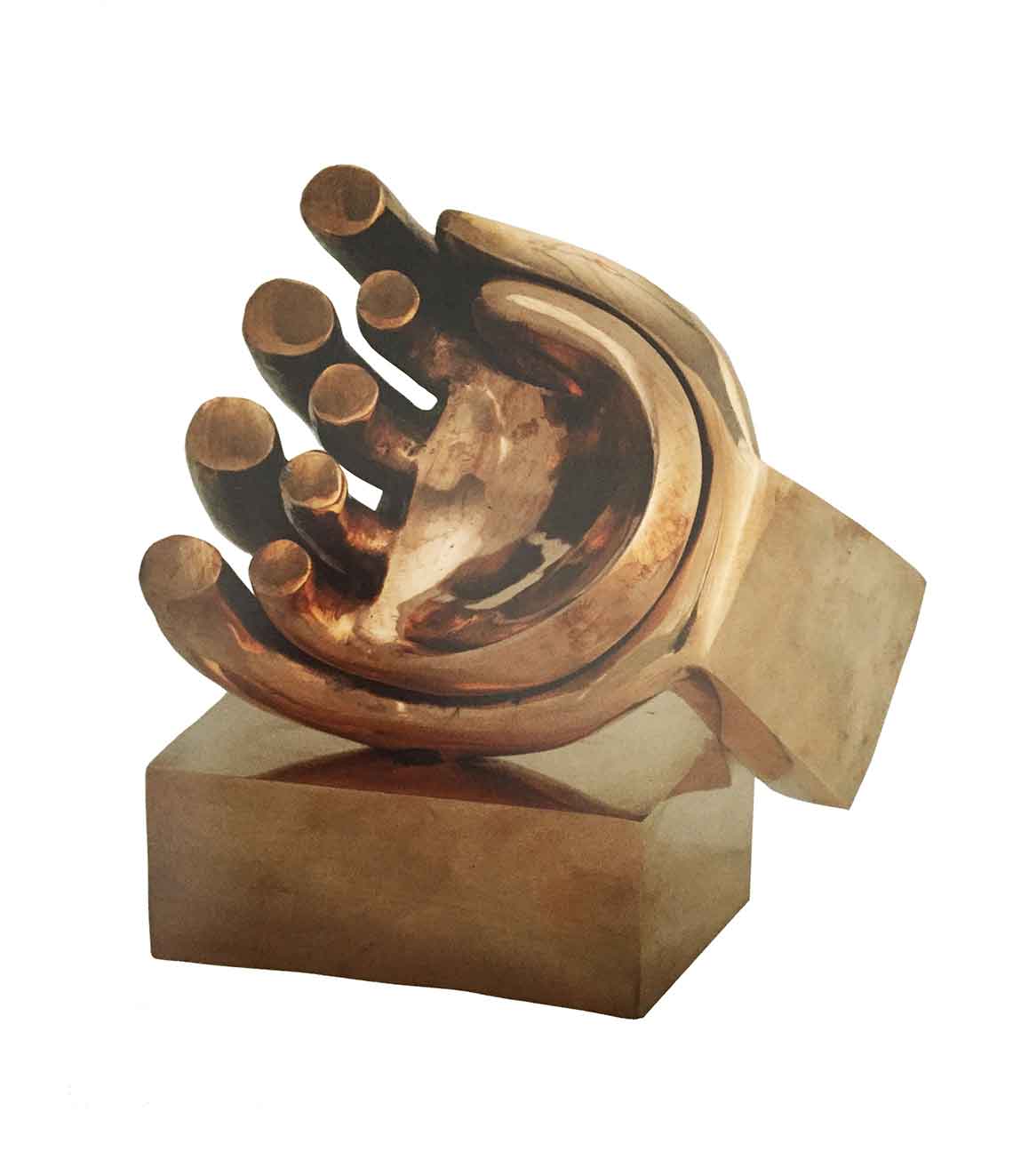 Another icon, from the early days, that played an important role in my work was the hand.

In my early work, the hand was shown as it appeared in holy places and was installed on top of my cylindrical sculptures. But as time went by the hand, like other sculptures, varied in shape and form. It appeared in my work from the late 1950s. At the time, the utensils and objects in shrines and holy places had a great impact on me, and many of them became the raw material of my work. I used to buy these objects and incorporate them into my assemblage paintings and sculptures.

In those days, in practically every alley or bazaar, there were brass barrels containing drinking water for passersby. Attached to the top of these barrels, was a cast, brass hand with holy names engraved on its palm. This script gave the barrels a religious appearance, and people who drank water from them saluted the Imams and sent blessings to the donor of the barrel.

Elsewhere, I have explained the meaning behind the hand. Here, I will say briefly that the hands on these barrels are reminiscent of the hands of Abu-al Fazl, the half-brother of Imam Hossein, the Prophet's son-in-law, who lost his arms in the battle of Karbala in 680 AD, while carrying water for his family. From 1959 to 1963, the use of the hand in my sculptures was not much different from its use on the barrels. Later, however, this motif went through major changes in my work.

With regard to the hand, two subjects were of principal interest to me, first the hand of Farhad the Mountain Carver, sometimes seen alone or holding his axe; and second, two hands holding each other. The latter was another interpretation of my lovers, hands that signified lovers, father and son, mother and child, or master and disciple. The hand has maintained its significance in my work to the extent that it appears in my jewellery and in my recent sculptures. It can be noted as one of the more important themes explored in my art, just as the others I have discussed that have also reappeared throughout my life's work.