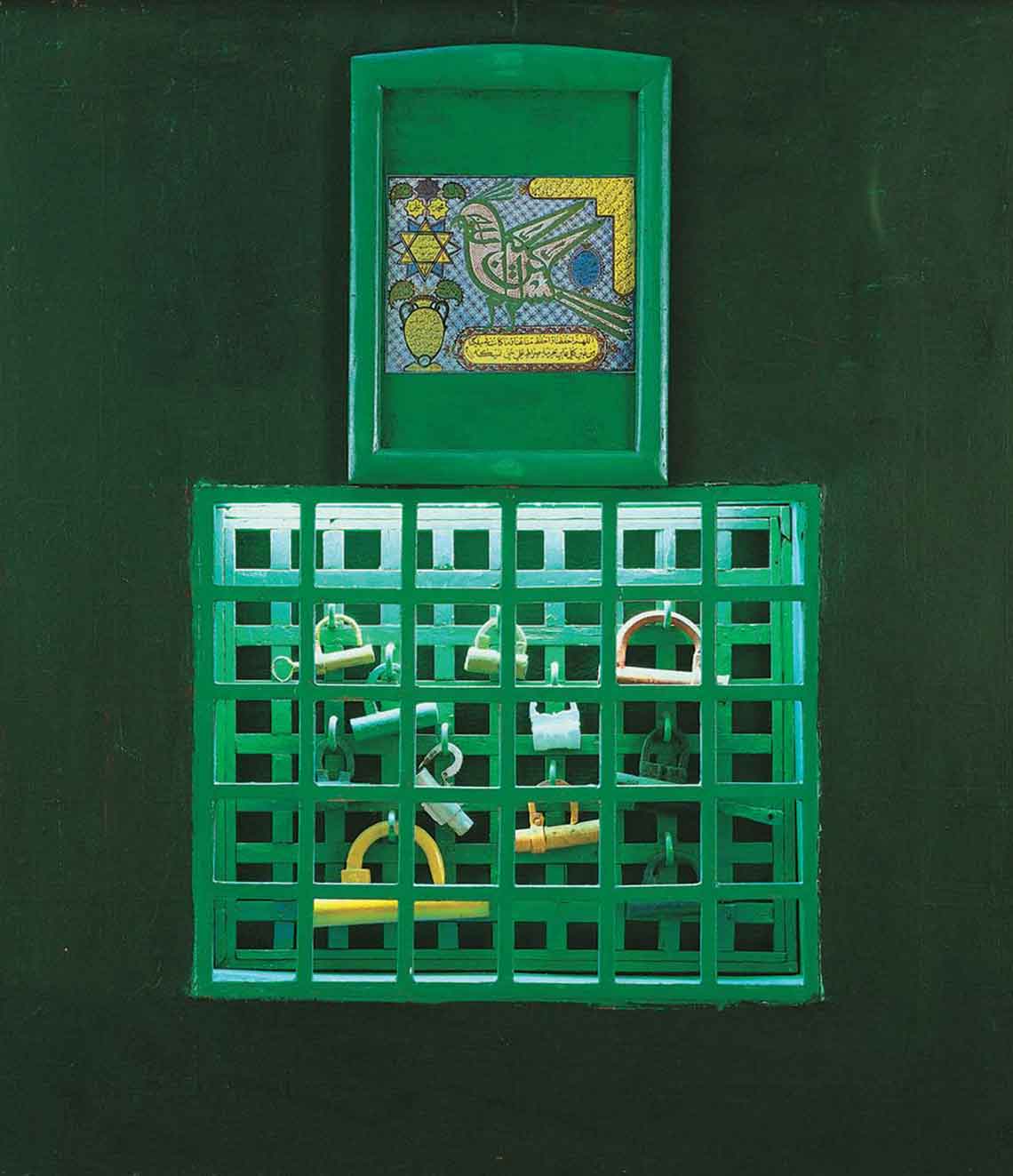 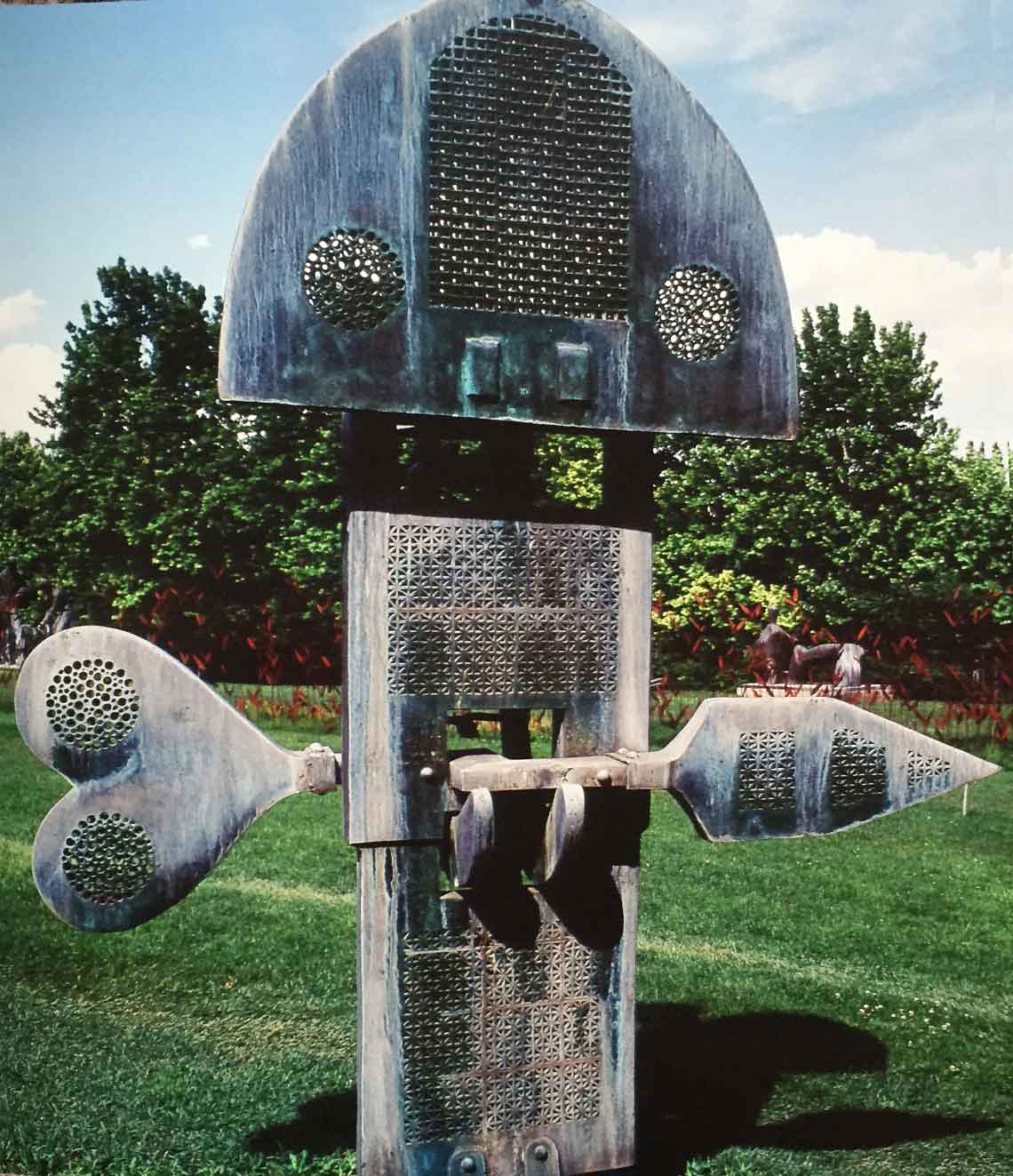 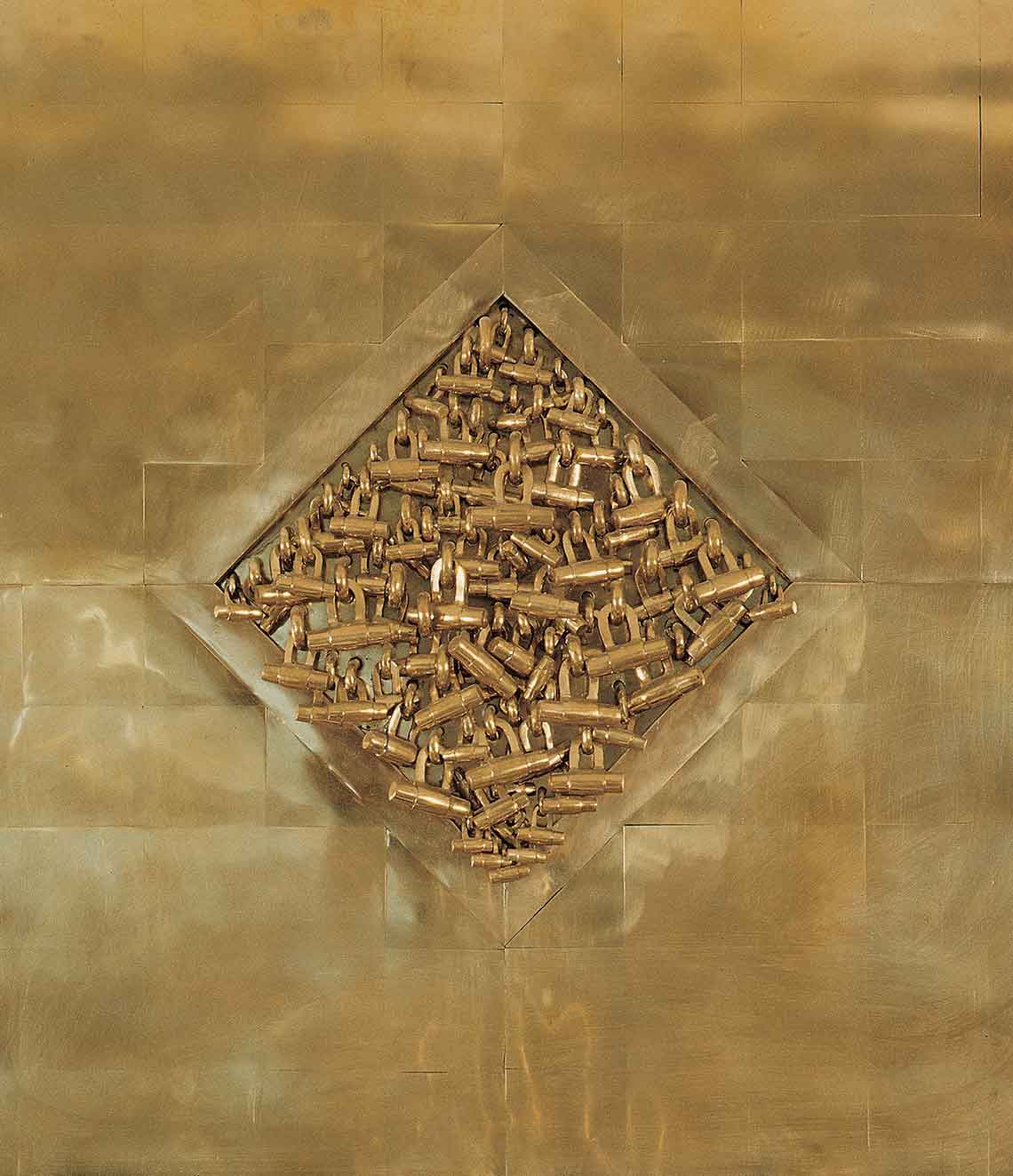 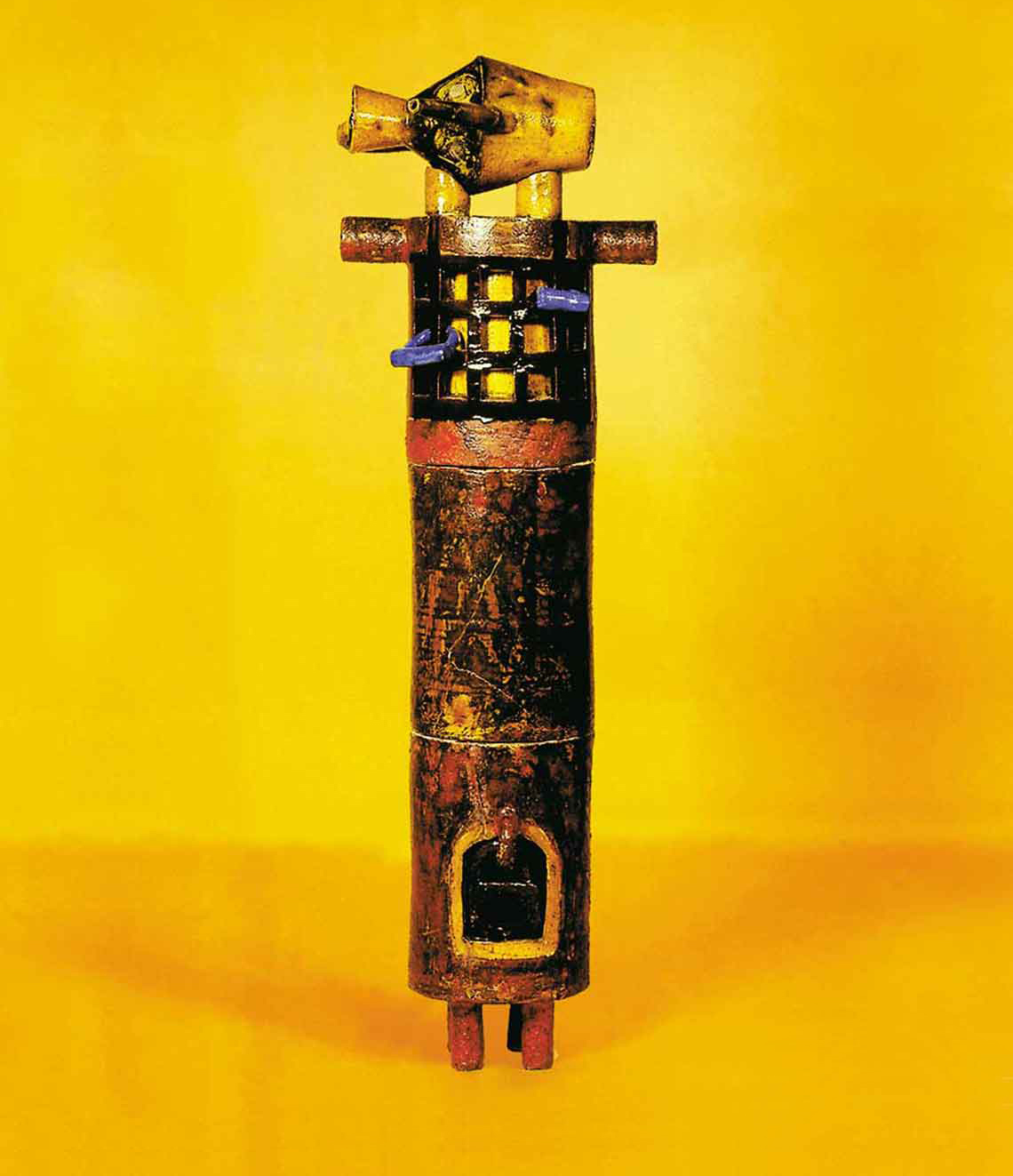 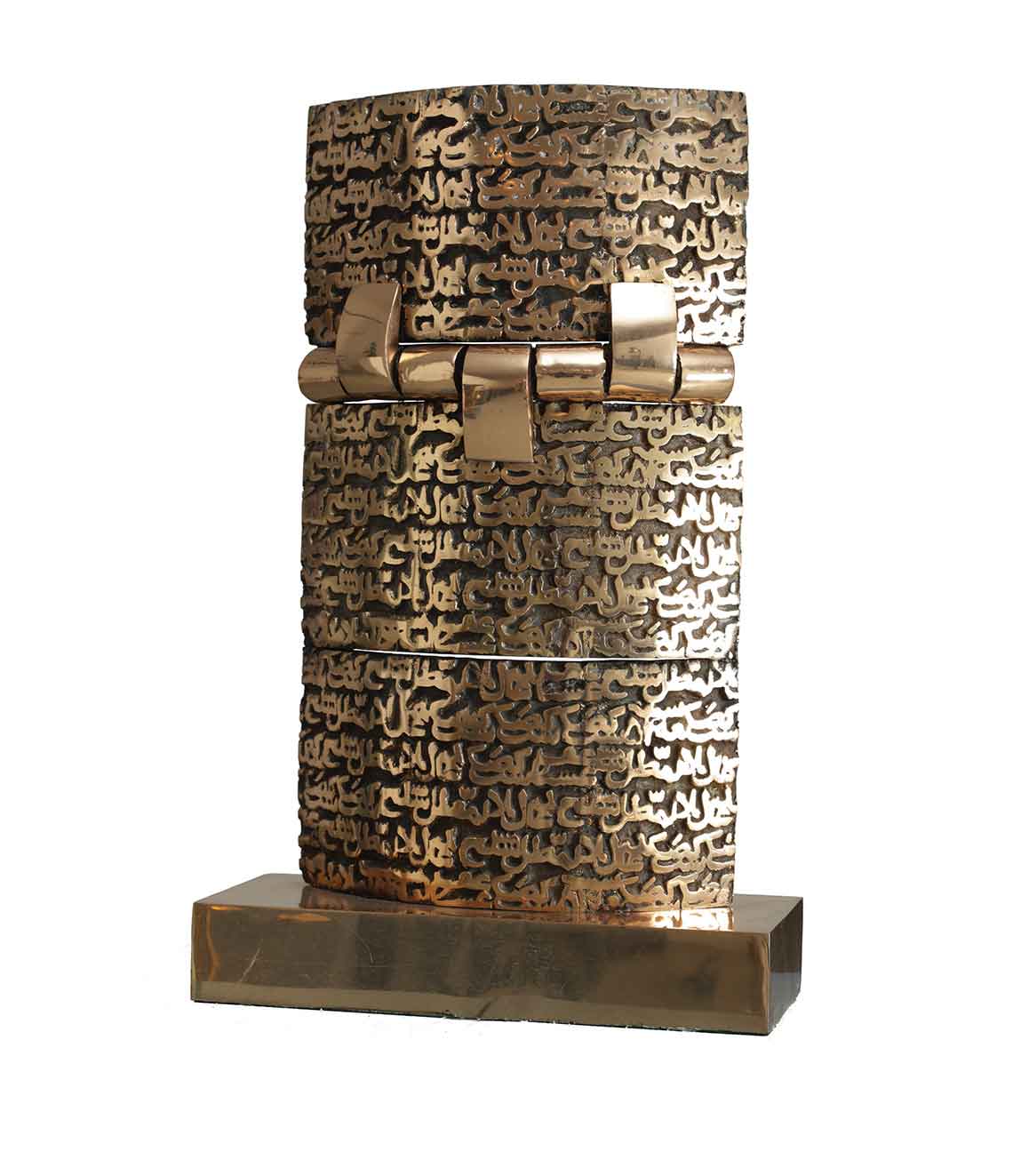 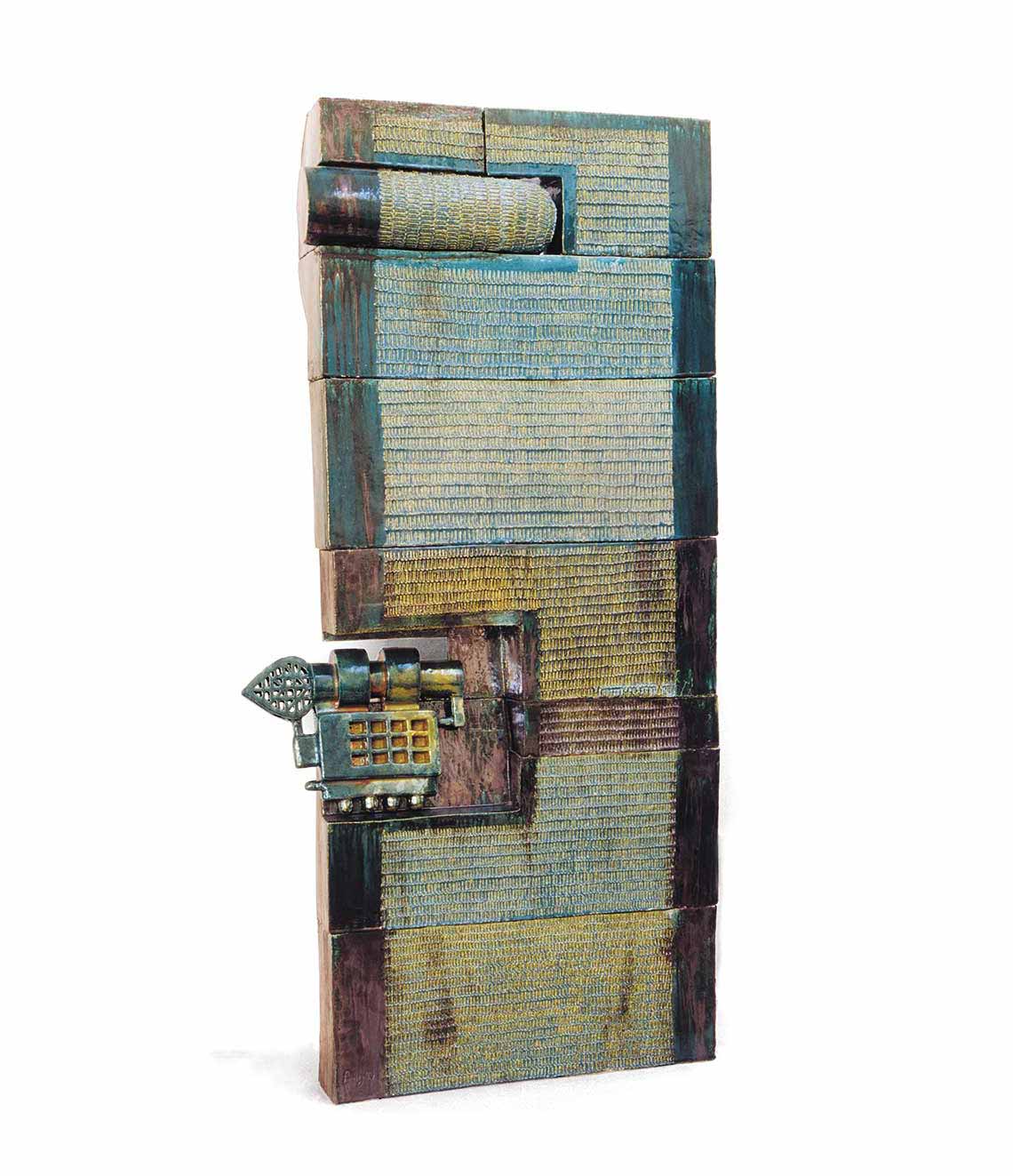 An important element of my work has been the lock so much so that at one point it became an indispensable feature of my sculptures. Most people who view the lock in my work are unaware of the complexities of its meaning, or at least the conceptions from which it evolved in my mind. To most people the lock symbolises security or prohibition. In Iran, however, its significance expands beyond that dimension into areas of belief, ritual and even healing.

My knowledge of locks goes back to childhood. While my contemporaries were playing with marbles in the street, I was at home busily trying to fix people's locks that had no keys. While repairing locks and clocks and other mechanical devices — or, alternatively, wrecking them — is a natural activity for children, but one in which they ultimately lose interest, it was not so for me. The passage of time saw no diminishment in my enthusiasm for locks.