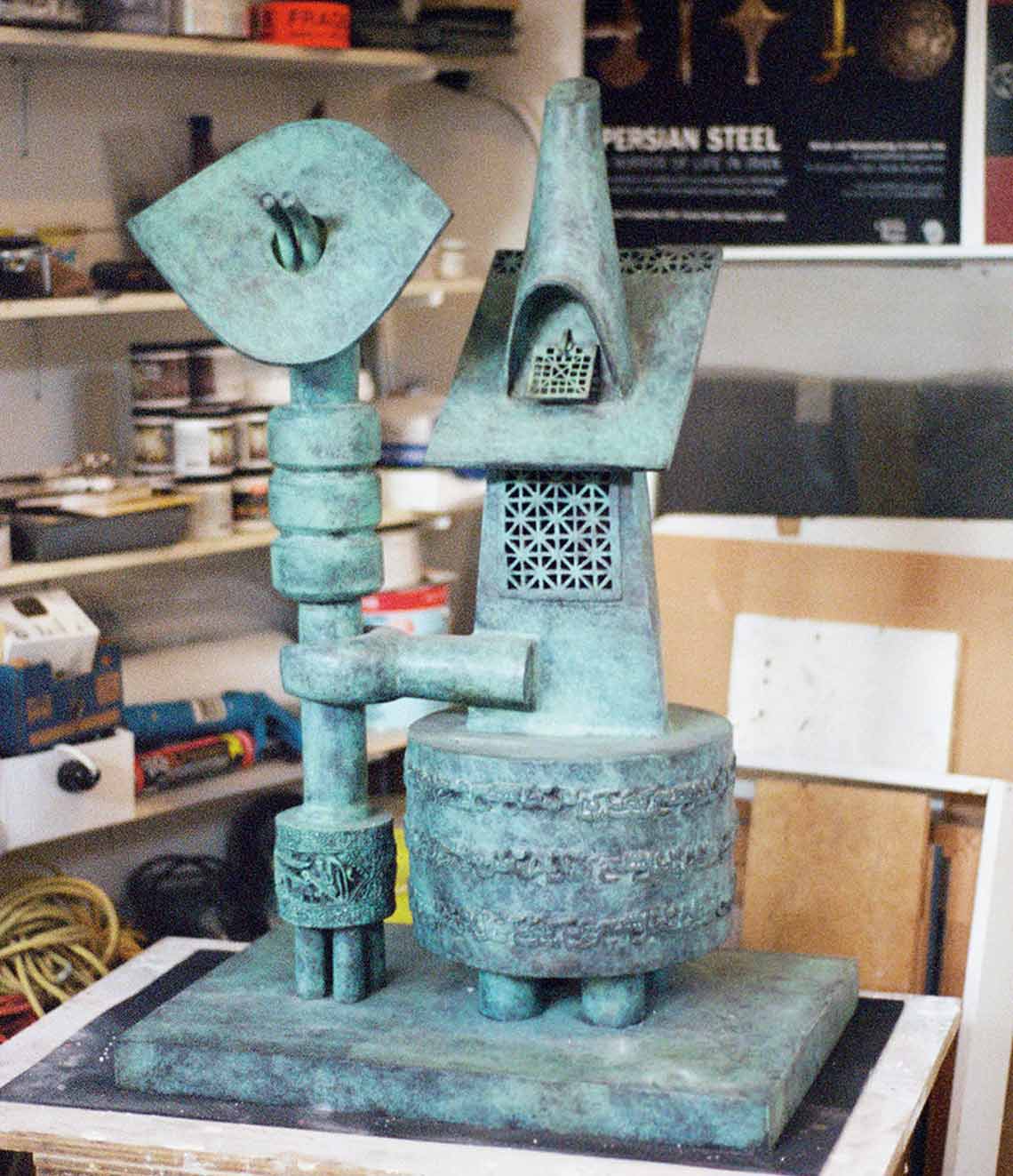 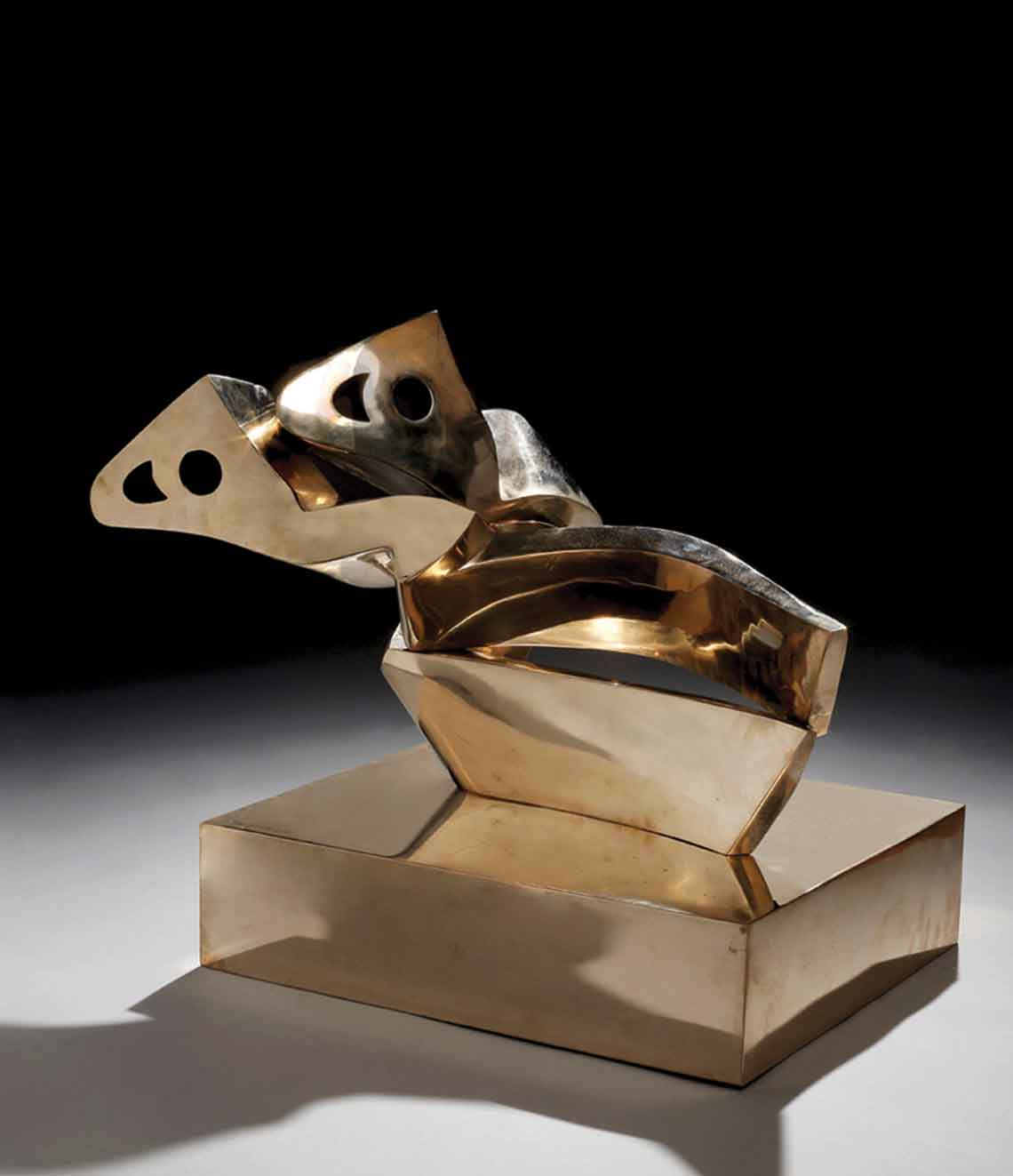 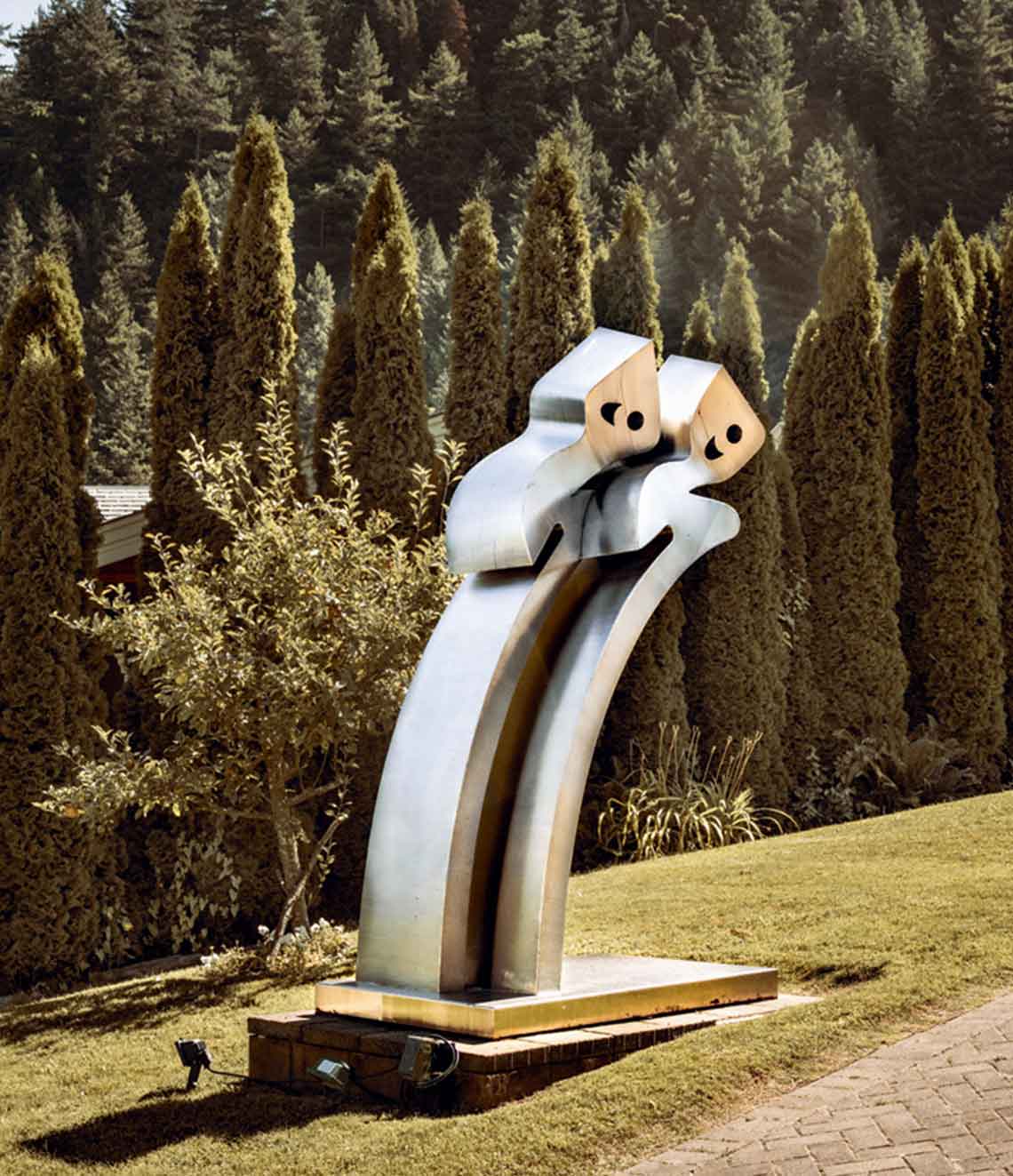 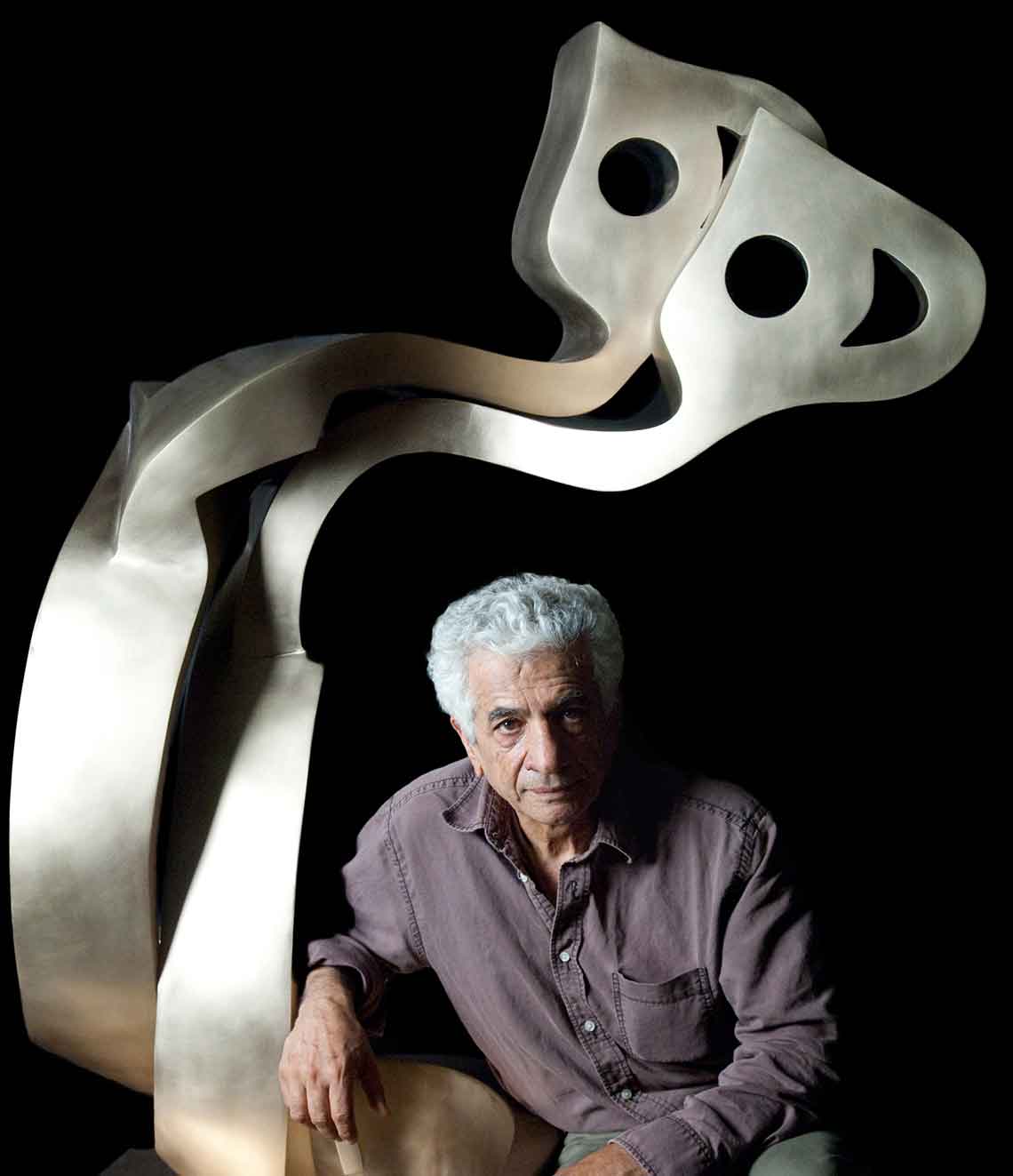 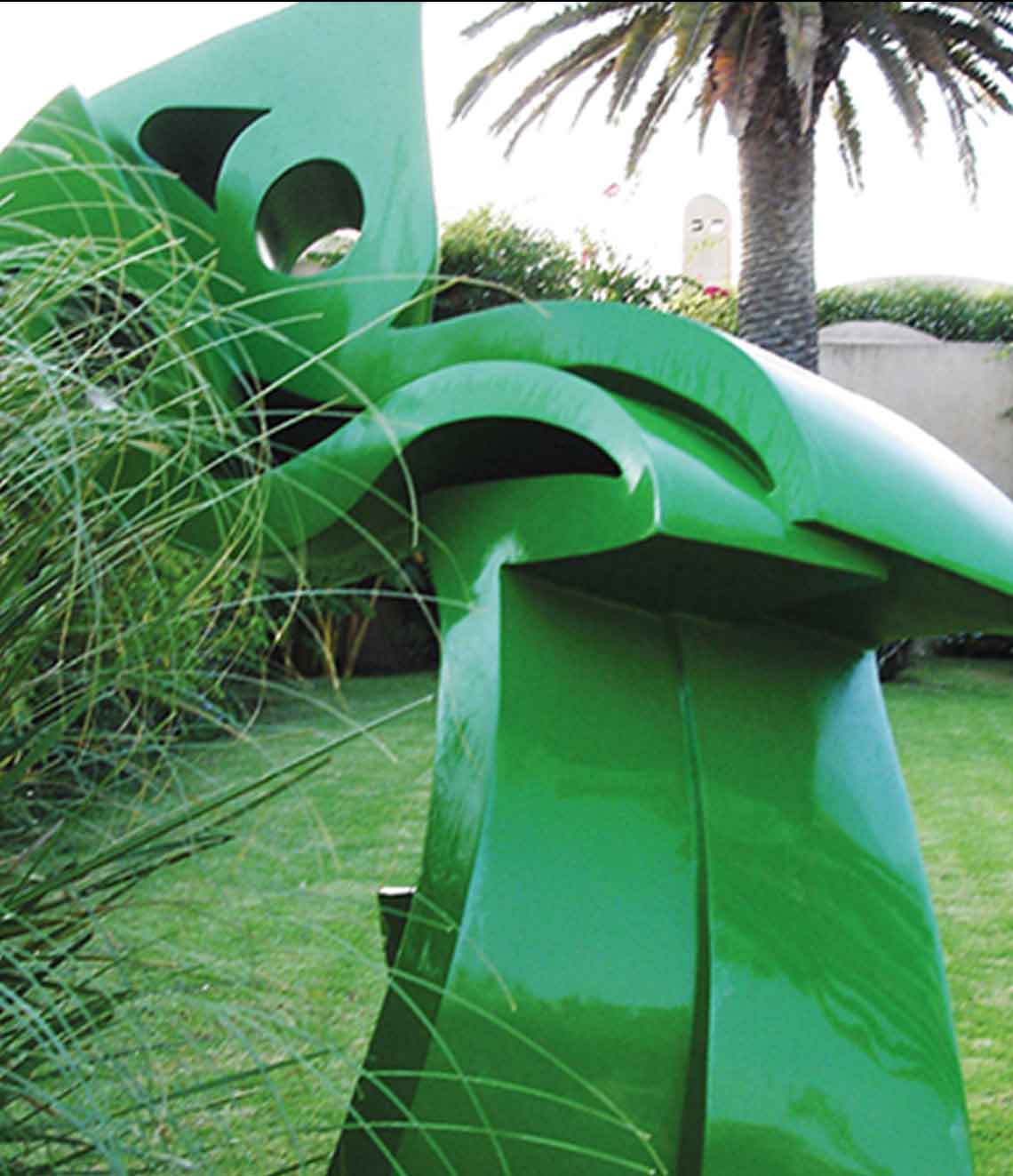 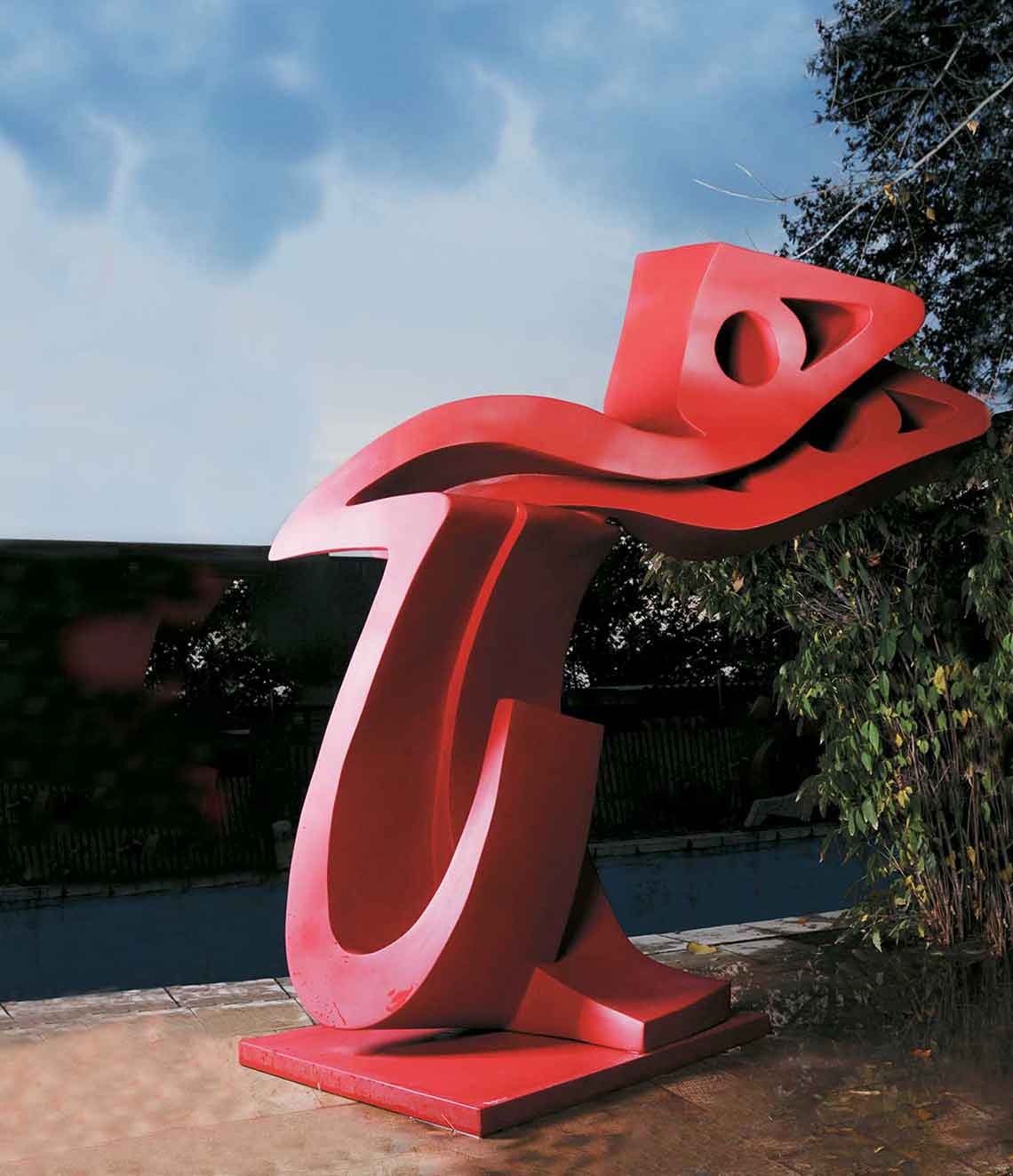 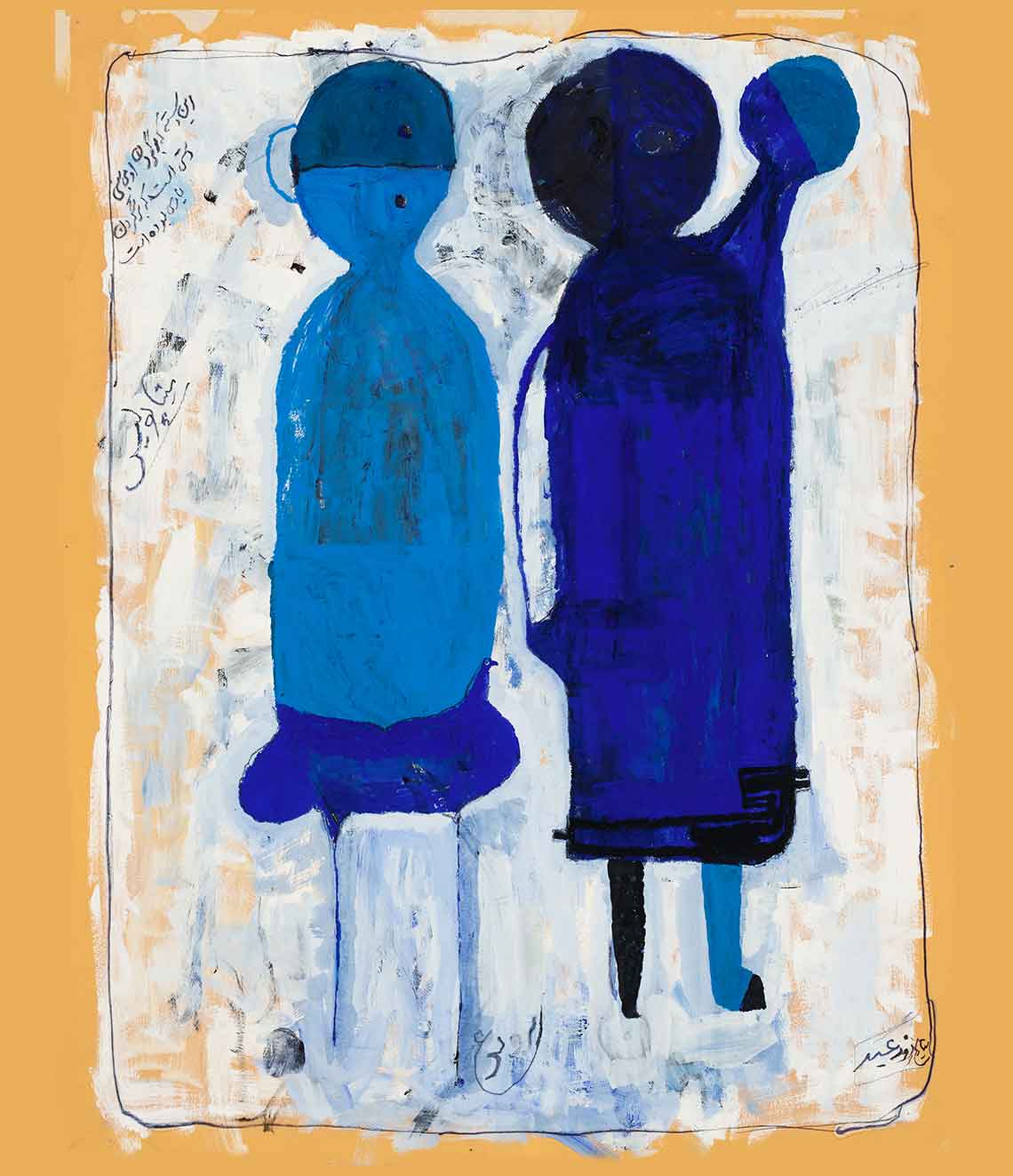 My double figures first started with the theme of Farhad and Initially, these were executed as drawings and paintings and were soon followed by sculptures. In all these series, I was standing next to Farhad and we were holding each other's hands or placing our arms over each other's shoulders. At the time, my intention was to express my devotion through imagery, in both two- and three-dimensional forms, and then exhibit the results to the public.

For many people, this kind of devotion or the love of one man to another is difficult to accept. However, among the Sufis it is a common occurrence. In the history of the Sufis in Iran, there are numerous examples of the love of a disciple to a master—morid to morad. Through words and poems, the nostalgia and agitation of the disciple in the absence of his master is expressed. The most eminent example of such love is that of Rumi for Shams-e Tabrizi. It was due to this devotion that Rumi created one of his greatest works of poetry, Divan-e Shams, named after his beloved master, in which the great poet constantly expresses his frenzied love for Shams-e Tabrizi.