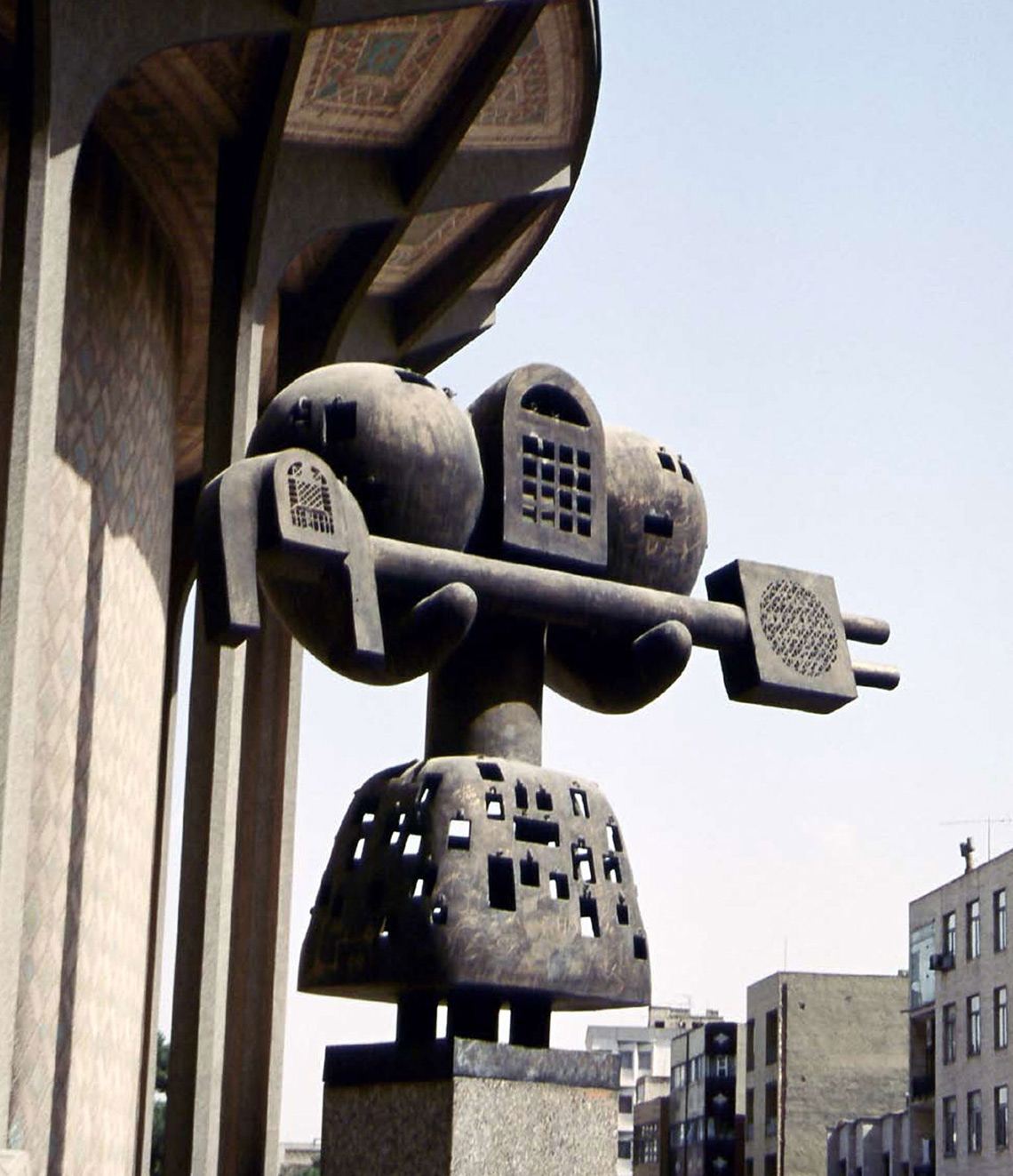 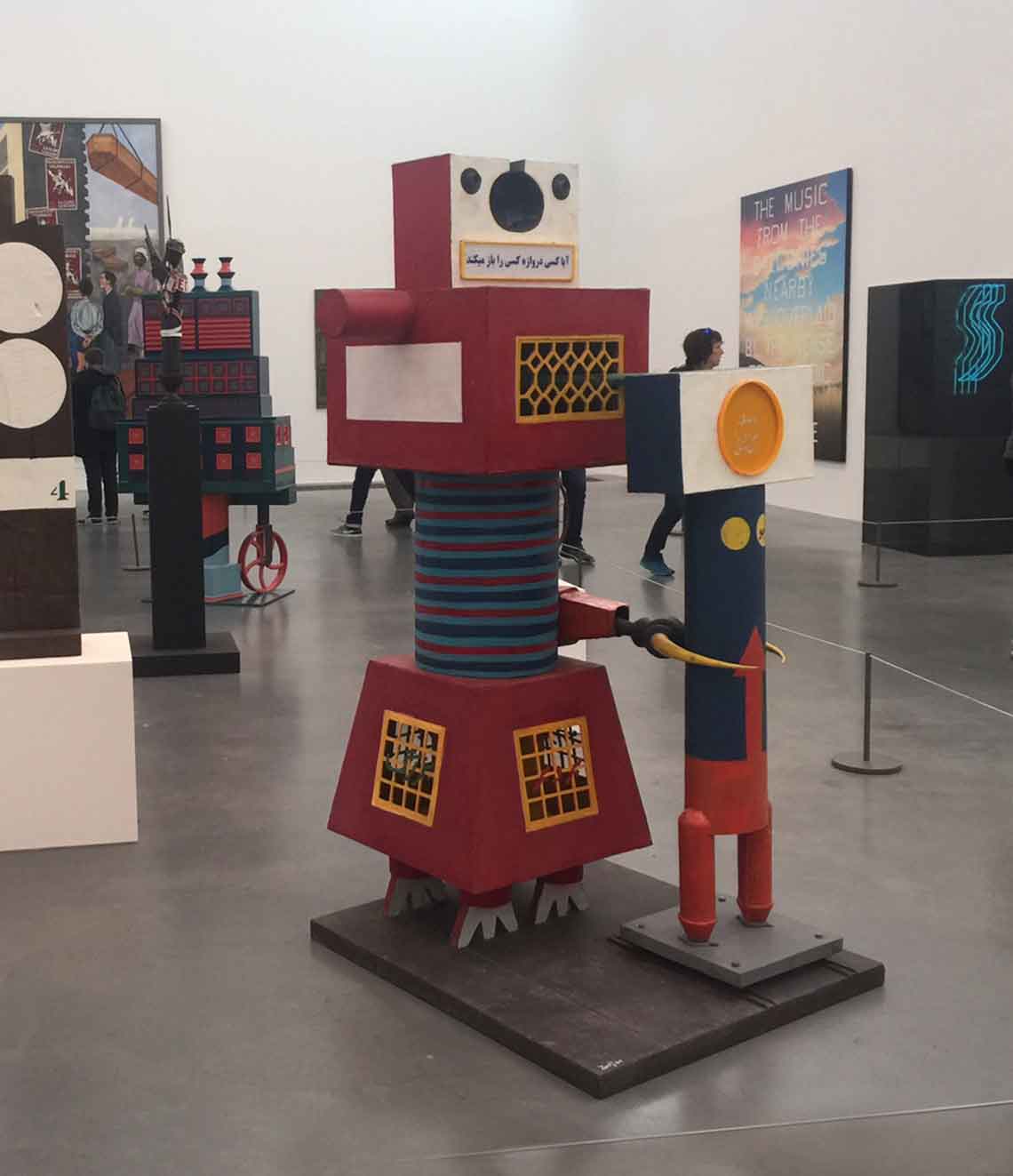 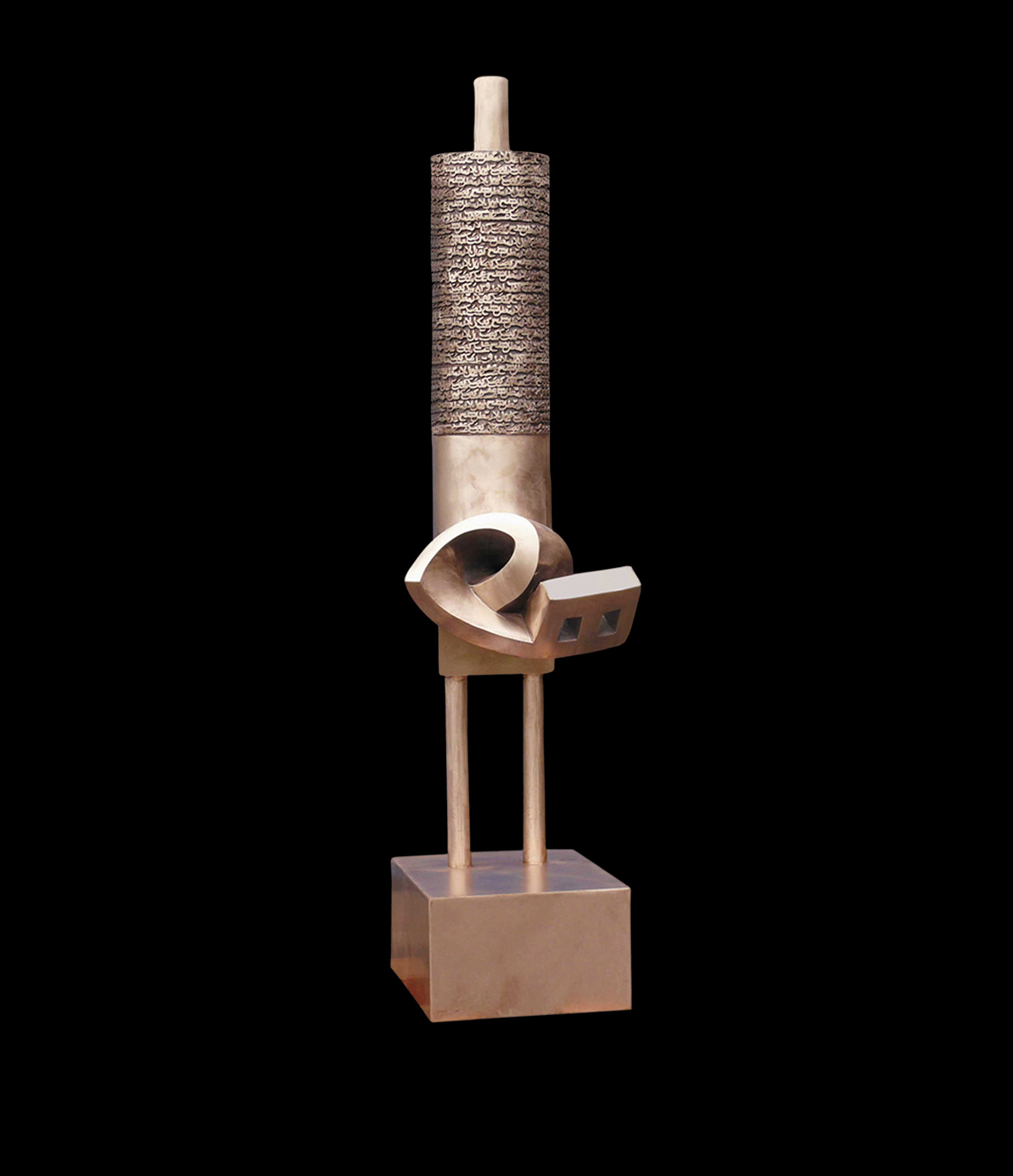 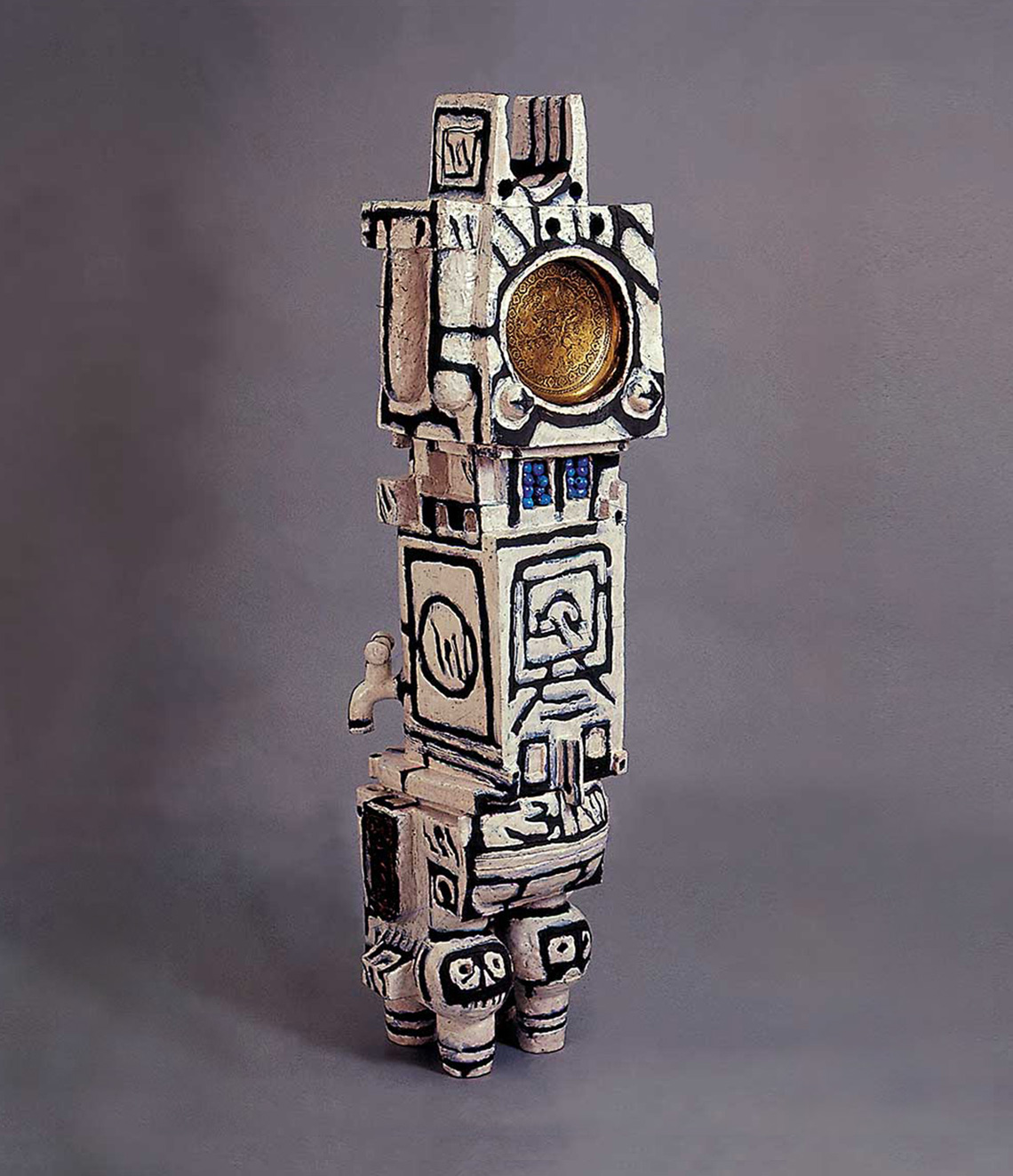 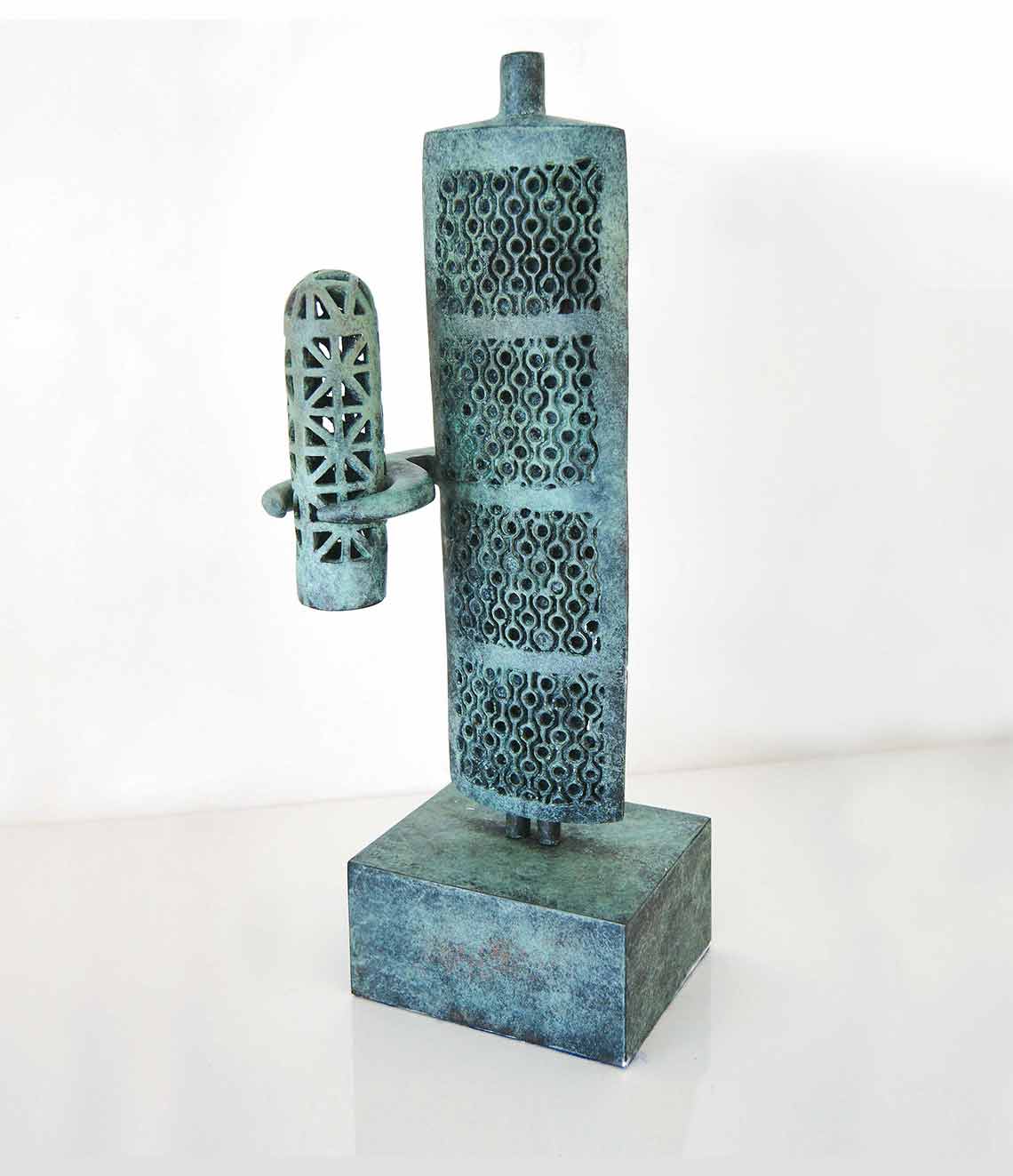 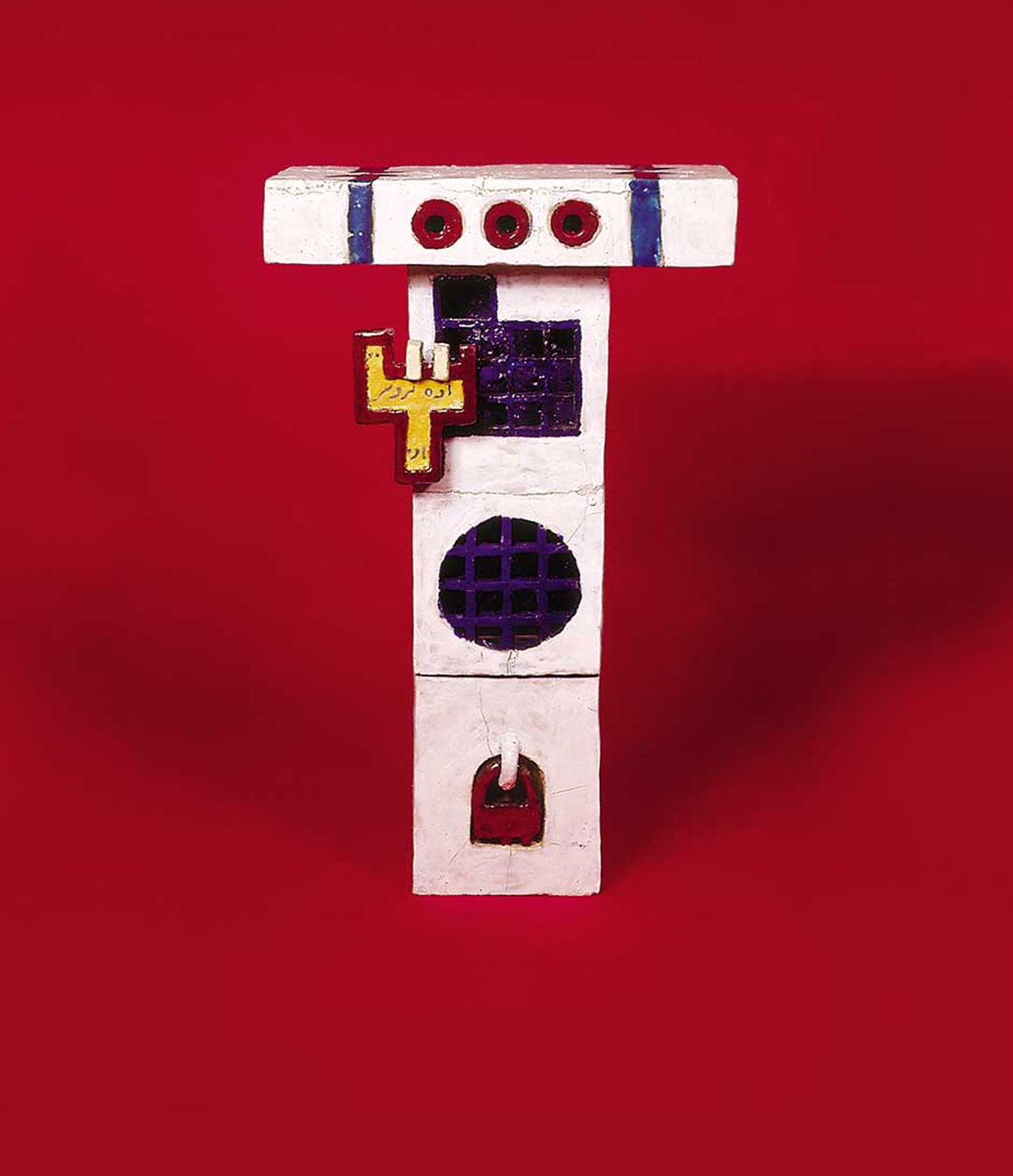 Poets, along with Prophets, Lovers, Wall, and Heech, are among the main series of Tanavoli's sculptures, in which the artist has fully grasped the relationship between the aesthetics of poetry and the arts, and has the genius to offer visual equivalents for literary concepts. He is, therefore, as much a sculptor as a poet when, for instance, he uses a bird as the head of the poet or places a lock on the body of the prophet. His works have sometimes been described as "poetry in bronze," since he believes that sculpture Is a kind of poetry: "I wrote my poetry on the surface of the sculpture." His dream of creating "sculptural poetry" is materialized predominantly through cast bronze as the most appropriate means for his creative impulses.

Poets and Prophets are among the major themes of Tanavoli's works that have been created since early 1960s. Referring to Persian mysticism, the poet is considered as a symbol of the pious Muslim as well as the Sufi mystic. In fact, all of the celebrated Persian poets such as Rumi, Hafiz, Omar Khayyam, and Saadi were the greatest exponents of Sufism and mysticism, in which the love for a human being stands for the love for God and the beloved is indeed God himself. Thus, both the poem and the sculpture can express the presence of God through the same means of symbol and metaphor.

The poet in Tanavoli's works appears to be the enunciator of freedom, peace, and love, while the prophet propounds invariable laws and principles. These two personalities perhaps represent the two faces of the same coin: the poet is concerned with inner freedom, with myths, poetry, serenity, and dreams, while the prophet preaches ritualism, advocating inner reform and the observance of social relationships.