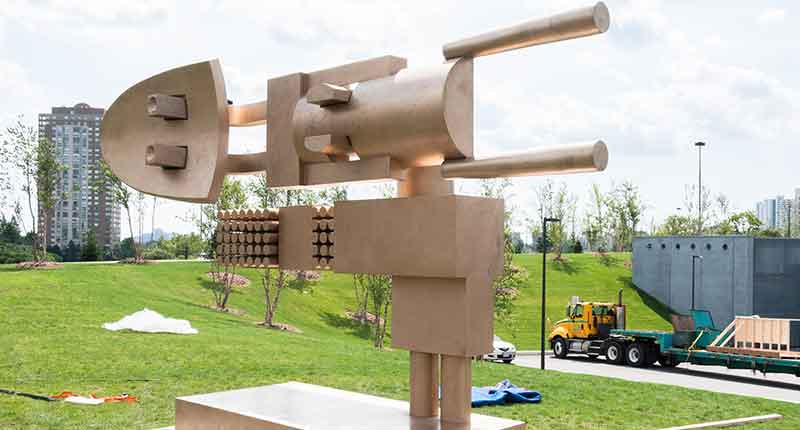 The leading Iranian artist Parviz Tanavoli, who faced a travel ban last month, has unveiled his largest ever sculpture at the Aga Khan Museum in Toronto. The bronze piece, Horizontal Lovers, is one of three works that will go on show in the grounds of the museum. “Volume-wise, the work is the biggest I have ever made. It is around 13ft high,” Tanavoli says.

Another vast sculpture in the show, Big Heech, made from stainless steel, is part of Tanavoli’s famous Heech series, the Farsi word and symbol for “nothingness”. Tanavoli, 79, made the first manifestation of Heech in 1965, when he painted the calligraphic notation onto a mixed-media work shown at the Borghese Gallery in Tehran.

“This work is around five inches taller than the Heech I made for the Hamline University campus [in Minneapolis] in 1971, except this one is as shiny as a mirror and people can see themselves in it,” he says. Both Big Heech and another bronze sculpture, Poet in Love (2009), are due to go on show next month; all three works will remain on display until April next year.

Tanavoli’s book, European Women in Persian Houses, will also be launched at the museum late next month. The artist was due to discuss the publication at the British Museum in London in early July, but was prevented from traveling to the UK by Iranian officials. Tanavoli, who has dual Iranian-Canadian citizenship, was detained at Tehran’s Imam Khomeini International Airport, and faced allegations of “disturbing the peace”. The travel ban was later lifted by the Iranian government.

Next spring, Tanavoli is the subject of a major show at the Tehran Museum of Contemporary Art entitled Parviz Tanavoli and the Lions of Iran. “It will include 150 of my works in various mediums. Plus, we are borrowing some ancient masterpieces from the National Museum of Iran,” he says. 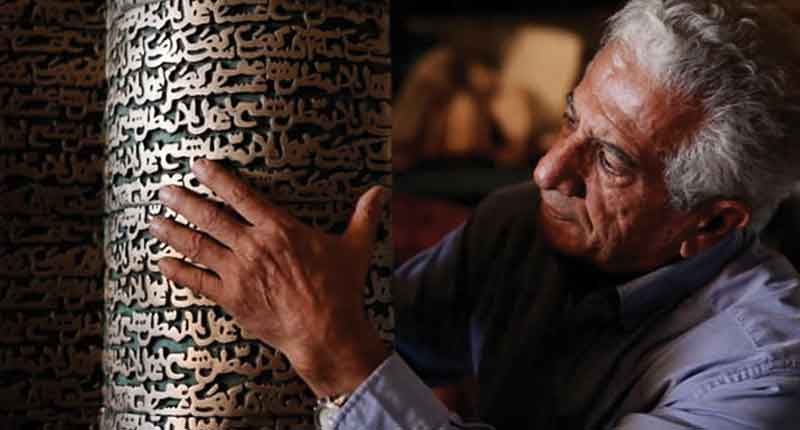 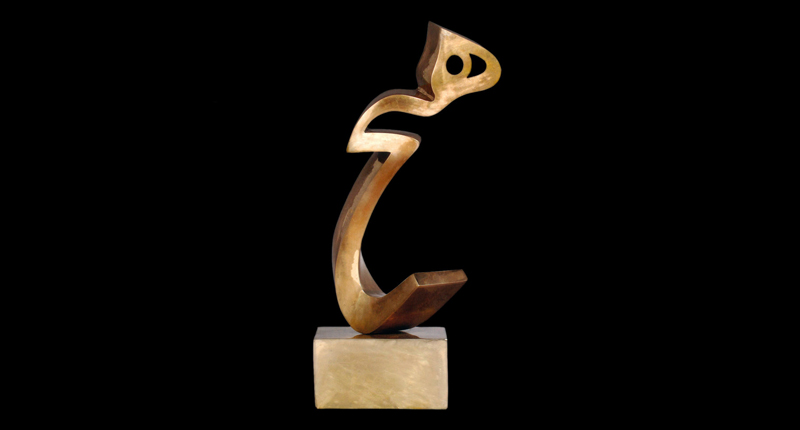 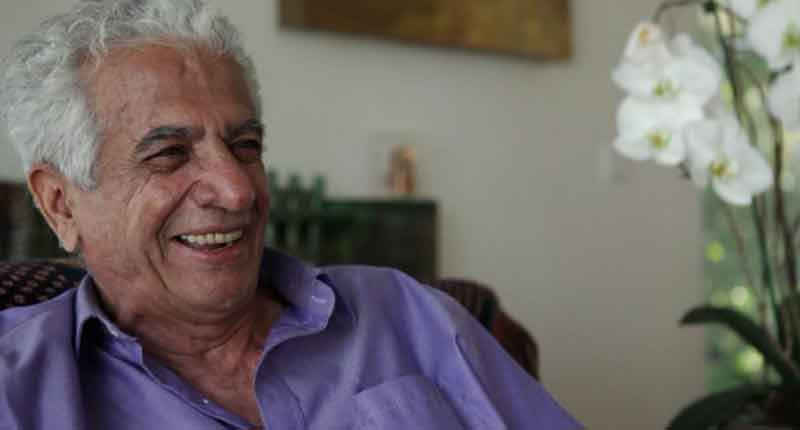 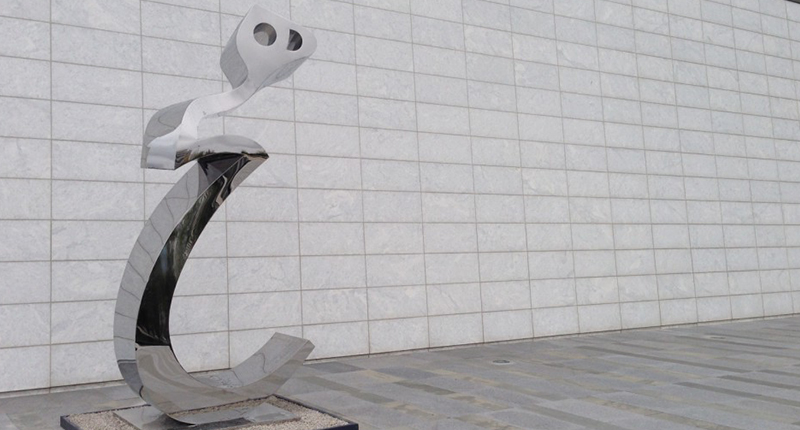