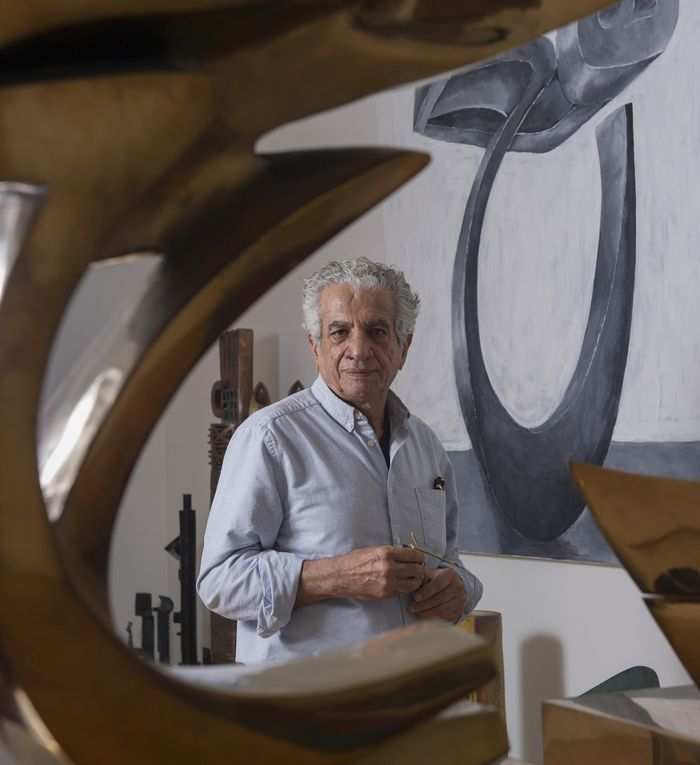 Parviz Tanavoli, at home in West Vancouver in 2017, is considered one of the most accomplished and significant modernist artists from Iran. GERRY KAHRMANN

Exhibition includes jewelry, small sculptural works and drawings by the leading Iranian-Canadian artist. His bigger work has sold for as much as $3.6 million at a Christie’s Dubai auction

The West Vancouver Art Museum has organized an exhibition with the kind of international heft usually associated with a much larger cultural institution.

The exhibition is of the work of Parviz Tanavoli, who is considered one of the most accomplished and significant modernist artists from Iran.

Tanavoli has lived in West Vancouver for the past 30 years since leaving Iran a decade after the country’s Islamic revolution. Since settling in Canada in 1989, he’s been able to return to Iran and reopen a studio in Teheran.

Oh Nightingale: Parviz Tanavoli is the first solo show by the Iranian-Canadian in an art museum in Canada.

Darrin Morrison, the municipal museum’s administrator and curator, said he first heard of Tanavoli when he started working at the museum 14 years ago but didn’t appreciate his stature as an artist.

Tanavoli was on Morrison’s radar as a curator, but didn’t really connect with him until he started working about a year ago with Pantea Haghighi, an Iran-Canadian and independent curator and gallerist. Morrison said she was instrumental in “putting two and two together” and bringing about the exhibition at the West Vancouver Museum.

“I had told Pantea that it would be really important to do a show of his work,” Morrison said in an interview.

“He’s probably the pre-eminent artist of his generation from Iran. He’s a modernist and, given our focus on modernism and the fact that he lives in our community, it seemed like a great thing for us to pursue.” 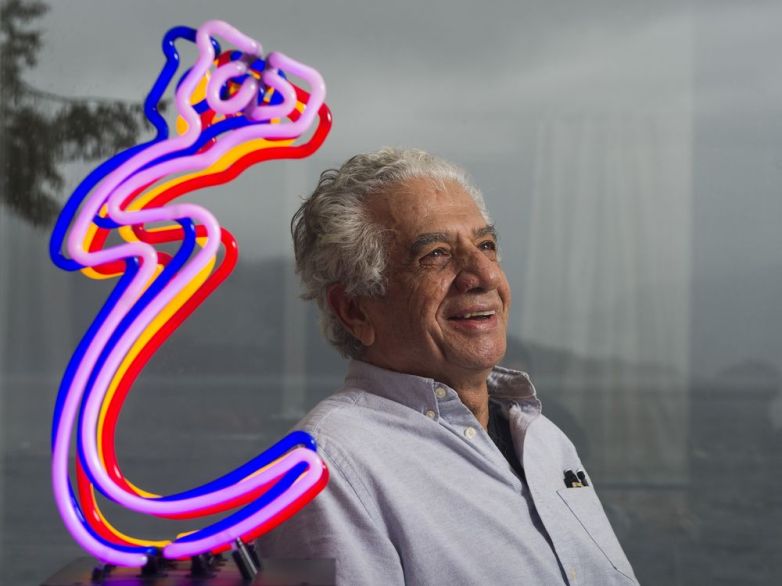 Tanavoli’s accomplishments as an artist and scholar are numerous.

In 1964 in Teheran, he established Atelier Kaboud, a modern foundry and studio where he not only worked but exhibited his art. The studio became a meeting place for poets, writers, architects and filmmakers and has been described as one of the birthplaces of modern Iranian art and origins of the movement Saqqakhaneh, or “spiritual pop artists.”

His work is in numerous permanent collections around the world, ranging from the British Museum and Tate Modern in London to the Museum of Modern Art in New York and the Museum of Contemporary Art in Teheran.

In 2008, one of his big bronze sculptural works called The Wall (Oh, Persepolis) sold for $3.6 million Cdn ($2.8 million US) at Christie’s Dubai. It depicts a wall of pictographs in an imaginary language. A second version called Oh, Persepolis II was shown in a group show at the Museum of Anthropology at UBC in 2013.

The Guardian has called Tanavoli Iran’s “most renowned living artist.”

Tanavoli is also the author of dozens of books on art and artists. His most recent is European Women in Persian Houses: Western Images in Safavid and Qajar Iran, launched at the British Museum in 2015.

Tanavoli works in a rich visual arts tradition that has evolved during 7,000 years of Persian history. One of the recurring approaches has been to turn everyday items such as locks into beautifully crafted objects using motifs that can include nightingales and lions.

One of Tanavoli’s innovations was to combine Persian visual arts practices with the idea of free-standing sculptures borrowed from from western art. 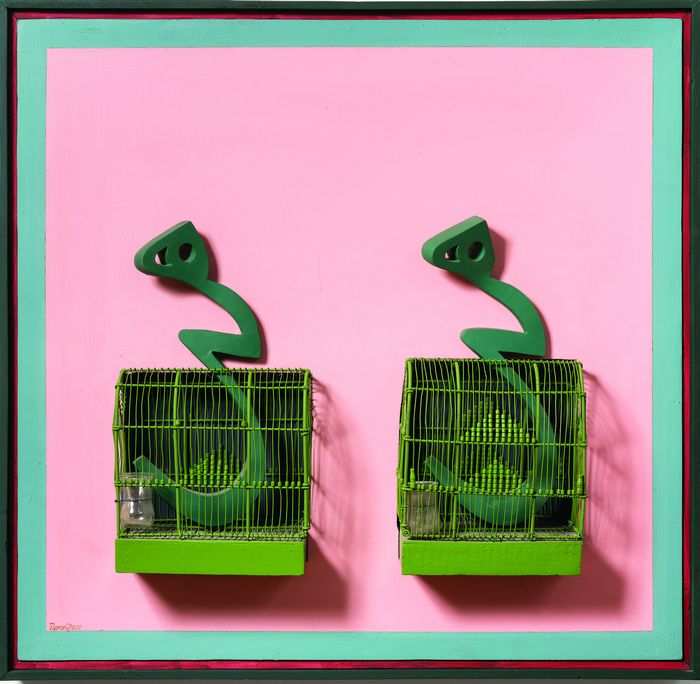 They include his heech works. Heech is a Persian word comprised of three letters whose literal meaning is nothing. As a poetic term, it’s considered much more elusive and meant to provoke soul-searching, Marcy Leavitt Bourne says in an essay in the catalogue.

Tanavoli has used heech in innovative ways that include transforming the word into abstracted versions of the human form because of the Islamic prohibition against depicting human bodies in art.

In the West Vancouver Art Museum exhibition, one of the works contains two gestural green-coloured heeches that emerge out of the top of two bird cages. Two Cages alludes to the influence of pop art on his work and can also be read in a much more personal way as a self-portrait of how he’s had to find a way to work as artist outside of Iran and in a new way in Canada.

In curating the exhibition at the museum, Morrison said he was particularly struck by Tanavoli’s works which use a bird motif, many of which refer to the nightingale and its importance in Persian poetry and writing.

One story Tanavoli recounts is how he used to be able to hear the sound of the nightingale singing. But due to pollution and habitat loss in Teheran, nightingales have disappeared from the city limits. 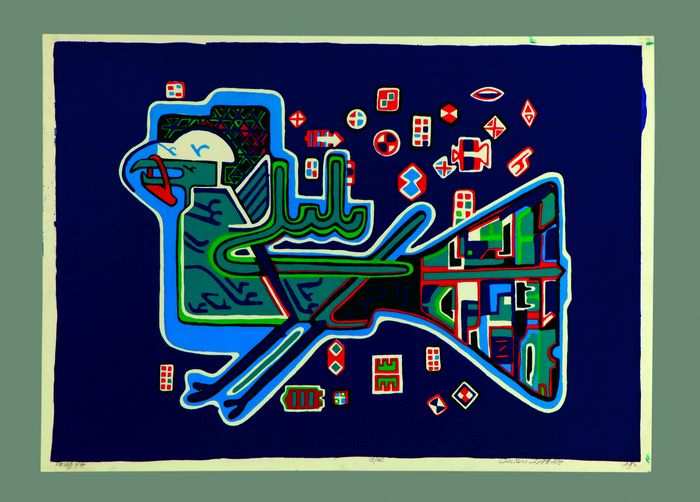 “Tanavoli moves seamlessly between large-scale sculptures in bronze and cast iron and fine jewelry,” Morrison says in the catalogue.

“Although ceramics and metal smithing are associated with craft, Tanavoli does not define himself in terms of art or craft and conflates the two, seeing connections between his work and the crafters of everyday historical items, such as locks, that he has admired and collected.”

Morrison said he hopes Tanavoli’s exhibition in West Vancouver will be followed by other solo exhibitions in the country.

“I hope more people will be aware of his work,” he said.

West Vancouver Art Museum is releasing an 80-page catalogue of the exhibition Oh Nightingale on Sept. 19. 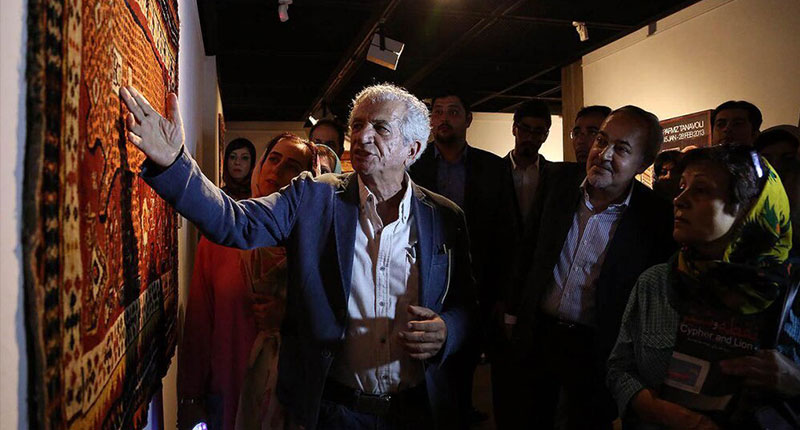